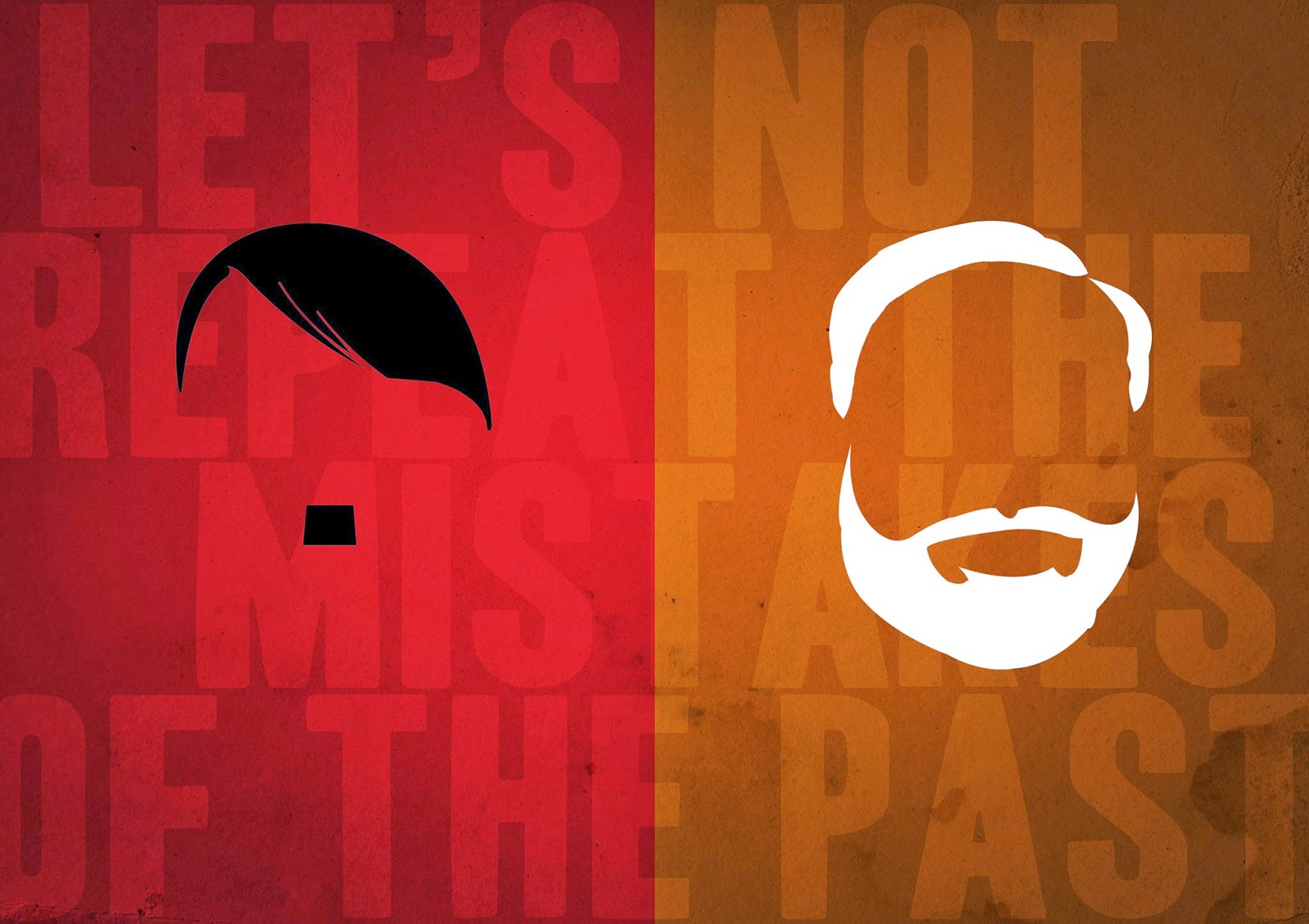 It’s been over a month since I witnessed, with vicarious trauma, the meteoric rise of Narendra Modi to become one of the world’s most powerful men, commanding one of the world’s most brutal, nuclear-armed militaries. The two weeks of hopeless depression are over, and a slow, lightly simmering anger has set in. I believe it is time now to write a brief message to all Hindu fascists upon the election of their messiah in India.

Let me start with a caveat – I know that most of the people who voted for this speck of human refuse are not fascists and certainly not desiring the implementation of a fascist program in India. Indeed, I’m sure that many held their noses and voted for this piece of garbage, mostly by way of countering the uselessness and corruption of that giant pile of shit known as the Congress Party. But there are some folks (in India and, just as disconcertingly, among the Indian Diaspora) right now celebrating the arrival of the Great Hindu Hope, the torchbearer who will turn India into a theocratic Hindu state, who will suppress minorities and forge a raging Hindu Rashtra from the fire and brimstone of the hellish smelter known as Hindutva.

This message is for them:

I don’t postulate this as speculation. I don’t express it as hope. I don’t mention it in careless passing. I declare it as an inviolable fact. Sure, you might have this day in the sun. Perhaps you will even break down a couple of mosques or churches, like you did in Ayodhya in 1992 or Orissa in 2008, maybe even conduct a few pogroms whereupon you will kill some members of various minority communities, like you did in Mumbai in 1992 or Gujarat in 2002. There will be some bloodshed and you might run riot for a little while, maybe even puff your cowardly chests out in murderous pride. But India is different you scum. It is a fact that doesn’t seem to have penetrated that densely virulent mindset of yours. Let me see if I can break it down for you. Don’t worry, I’ll try and use small words so your miniscule brain can comprehend it. I’ll be brief so that those words at least stand a fighting chance of hitting home before getting sucked in by that black hole of turpitude in your beings. Indeed, I promise to say my piece before it’s lost to the vacuum in your pathetic forms that formerly held your souls.

You see, fascists like you are no different than your counterparts in other religions and nationalities. (It’s funny, you all hate each other, but yet you all seem to have been hell-spawned out of the same venomous goo – really you guys should consider getting your own planet and leaving the rest of us alone – but I digress). You don’t seem to understand that humanity is just far too diverse and beautifully chaotic to allow such virulent homogenizing. India is no different. In fact, I’ll go so far as to say that India is the ultimate representation of that diversity and awe-inspiring chaos. That’s what you don’t seem to have internalized, you malicious marauders.

Please note that I don’t believe Indian society has some inherent progressiveness and inclination for secular tolerance, no more than I believe any other society does. What I’m saying is that Indian society doesn’t have a choice in the matter despite the baser elements within it.

What do you think would happen, you perfidious puddles of piss, if you took that smear of dung you call an ideology to the various linguistic, regional, and cultural identities across the country? Seriously, do you actually believe that you can homogenize India? The very concept of a national identity is tenuous at best, and you think you can bring in your Hindutva crap into the picture? Let me paint a panoramic picture for you. There are, at last count, 22 official state-level languages in India, each spoken by millions upon millions of people, not to mention hundreds of other languages and dialects, grouped under four distinct linguistic families. Every religion and belief-system on earth is represented in India, many in huge numbers, not to mention the innumerable aspirations of caste, creed, and community (there are approximately two thousand ethnic groups in the country, you might be interested to know). I’m curious, what are the logistics of your program in such a land? How might you, for example, kill 210 million Muslims (or, as you are wont to scream, drive them away to Pakistan), or kick out 35 million Christians, or convert 130 million Adivasis, or suppress 230 million Dalits, or reconvert 25 million Buddhists, or homogenize 500 million OBCs? What about the millions of atheists, agnostics, rationalists, humanists, and ardent leftists who will resist you tooth and nail? What’s your plan for them? You might even cite Hitler’s program – I know many of you would love to lick his boots in reverent supplication of his virulence – but you also seem to forget that Germany is not India, Germany is 1/100th, nay, 1/1000th of what India is in terms of sheer diversity. What happened in Germany will never happen in India, you bilious bottom-feeders. Even the fucking capitalists in India wouldn’t want anything to do with you if it hurts investment, which it ultimately will. Hell, the capitalists in Gujarat, Hindu nationalist though many of them may have been, baulked at your murderous program in 2002 the moment there was capital flight, their greed sufficiently trumping any latent desire for fascism.

So, enjoy this brief moment in the sun, you piece-of-trash-waiting-to-ultimately-reside-in-the-garbage-dump-of-history; because the subcontinent is laughing silently at your pernicious castle in the air. Like the Islamic fascists, the malevolent mullahs, the violent nationalists, and the evil ethnocentrists in other parts of the subcontinent, she knows that she will see you ultimately fall in an ignominious heap of humiliation.

So, good luck in your cesspool. Live it up on the wrong side of history. You will crumble into dust and be seen for the vile poison that you are sooner or later.

[Visit Sriram’s blog here and check out his recently published autobiographical novel about the 2002 Gujarat pogrom: Across the Sabarmati]

Healing while fighting the good fight to be free

Trinity of Trifectas: an anti-oppressive mental health template for healing and liberation

Anti-Oppressive Listening in counselling and therapy: why it’s more important than degrees or methods

Bubbles, the awesome tabby who ushered in the sweet demise of my anthropocentrism.

A bowel in humanity’s digestive tract: Fascists and the characteristics unifying them in fecal harmony (Part 2)

A bowel in humanity’s digestive tract: Fascists and the characteristics unifying them in fecal harmony (Part 1)