Like many others, I was dismayed to learn of the two imams wearing traditional Muslim garb who were forcibly removed from an airplane that was to carry them to a conference on Islamophobia. The passengers who were removed from a Delta/ASA flight in Memphis, Masudur Rahman and Mohamed Zaghloul, apparently frightened other passengers and upset one of the pilots, who refused to fly with them on board. Not everybody was dismayed, however. The Delta/ASA pilot and the frightened passengers have received support from numerous voices among the American commentariat.

The situation was a clear-cut case of ethnic profiling. On this everybody should agree. Some of those who support the pilot’s action want to disclaim their support of profiling, but such a desire is dishonest. People need to accept the realities of the positions they express, even if those positions attach to descriptors that have negative connotations. If you support the pilot, you are supporting an instance of ethnic profiling. Either accept that fact or develop a different opinion. 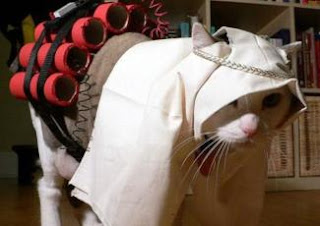 I have been reading commentaries about the case with much interest. One argument in particular keeps arising: the notion that Rahman and Zaghloul deserve what happened to them because they dressed like terrorists. The reasoning goes like this: Muslims commit terrorism; Muslims look a certain way; a certain look thus portends the possibility of terrorism. In short, those who appear to be Muslim are worthy of extra scrutiny because they are more likely to be terrorists than other people.

I want to leave aside the fact that the belief that Muslims are more likely than others to commit terrorism is a myth with no basis in factual evidence. I also do not have the space to illustrate that there are thousands of variations of traditional Muslim dress. Even Rahman and Zaghloul wore different types of clothing on the day they were profiled.

I’d like instead to focus on this notion of “dressing like a terrorist,” a phrase that has the peculiar intimation of a fashion statement. There is no quantifiable evidence to show that dress is a predictor of any sort of behavior, especially the behavior of terrorism. What we’re dealing with in the Rahman and Zaghloul case is an overexerted imagination that associates political violence what I call the terrorist costume. 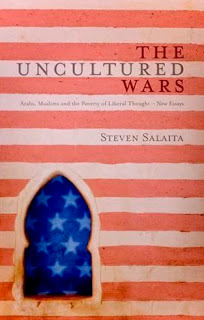 The terrorist costume is a simulated reality, circulated in Hollywood and countless news broadcasts, that evokes a causal relation between appearance and action. The terrorist costume is familiar to nearly all Americans: a thick beard, an ashen robe, brown skin, sandals holding dirty feet, and some sort of headgear, usually a Sikh-style turban. The terrorist wearing this costume often sports a Qu’ran, so the audience can be certain that he is a Muslim.

Yet the acts of terrorism that have been committed by Muslims involved perpetrators, like Mohamed Atta, who didn’t at all resemble the image of the Hollywood terrorist. Rahman and Zaghloul unfortunately resembled a racist simulation that could define them to an American audience. But that simulation has never actually been implicated in a real crime.

To impugn Rahman and Zaghloul for their dress, then, is to engage in highly troublesome judgment, one that not only contravenes their Constitutional rights, but also the rules of basic logic. The United States has long been a place where appearance is believed to foreground attitude or behavior (vis-à-vis skin color, clothes, physiognomy, ethnic typology, gender, sexuality, possessions, and so forth). Yet judgment by appearance is a terribly ineffective indicator of either attitude or behavior, not to mention being highly unethical and often illegal.

Those who believe that Rahman and Zaghloul brought their unjust treatment on themselves ought to think about what their lives would be like if their own logic were applied to them. In the end, if we are to let fanciful stereotypes dictate access to basic rights of citizenship, then none of us will ever live up to the grandiose promise of our own worthiness

Imagine a World with U.S.-China Cooperation

Independence and Constitution in Spain