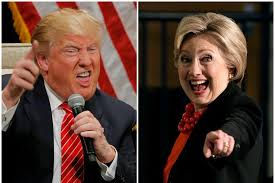 This Sunday’s New York Times (NYT) article by Amy Chozicko, headlined “Issues in Hillary Clinton’s Past Leave Her Muted in Furor Over Donald Trump” (“Clinton Treads Lightly Amid Furor Over Trump” in the print edition) provides a fine example of how the mainstream press covers up Hillary Clinton’s problems, even when they claim to be reporting on them.

The article introduces itself as explaining Hillary’s “virtual silence” regarding the issues of Donald Trump’s piggish treatment of women—issues that she herself raised in this campaign. The article mentions, in the most non-specific way possible, that she’s an “imperfect messenger” for these issues because of her “missteps” in dealing with her own “husband’s history” of piggish behavior. It alludes to her “role in countering the women who accused him of sexual misconduct” as part of a “painful past” that “haunted Mrs. Clinton last Sunday” when Trump brought some of her husband’s accusers to the debate.

The article goes on at length to quote from Michelle Obama’s speech, to elucidate how Hillary slyly changes the subject to cat videos when asked, and to talk about how she struggles to overcome the electorate’s lingering resistance to a woman president. It mentions how, “without mentioning the accusations against Mr. Trump,” she says things like: “This election is incredibly painful. I take absolutely no satisfaction in what is happening on the other side with my opponent.”

What the article does not do is mention a single specific “misstep” or “imperfection” in the way she “countered” her husband’s “accusers” and verified mistresses. In an article of some 1300 words, there is not one that clearly describes any of the things that Hillary Clinton did and said in that regard—the precise things that cause Hillary to “tread lightly” about Donald Trump’s abusiveness, and cause her the discomfort the article purports to explain.

Despite what Ms. Chozicko does take many words to mention, what puts Hillary in a “complicated place” now is not that she “stayed as a devoted wife to her husband through infidelities and humiliation.” As Melinda Henneberger and Dahlia Lithwick remarked back in 2008: “Sure, her husband’s behavior has humiliated her. But she has also helped him humiliate the women he’s been involved with.”

It was Hillary Clinton who called Gennifer Flowers “trailer trash” and a ”failed cabaret singer who doesn’t even have much of a résumé,” and who got on national television with her husband to ridicule Flowers, who was telling the truth. It was Hillary who called Monica Lewinsky, who was telling the truth, a “narcissistic loony toon.” It was Hillary who described Bill’s mistresses as “bimbos.” Carl Bernstein also told how Hillary not only “thr[e]w herself into efforts to discredit Flowers,” she tried to “persuade horrified campaign aides to bring out rumors that Poppy Bush had not always been faithful to Barbara.”

Hillary could have stood by her man, and said nothing about the women Bill was screwing. Instead, she chose to publicly and aggressively slut-shame and ridicule those women in order to actively support her husband’s lies about them. Hillary Clinton did to those women what Clarence Thomas and Alan Simpson did to Anita Hill. To quote Henneberger and Lithwick again: “If her biggest fans knew who she really blamed—other women—they might not still be fans.”

That’s what’s causing Hillary to “tread lightly” now, and that’s what you’d never know from reading this NYT article, even though it’s exactly what the article purports to explain. Furthermore, the NYT and the author know these facts and have deliberately chosen to hide them within vague terms like “imperfections” and, you know, “It’s complicated.” For the Times, what occurred between Hillary and these women has all been so “painful” and “haunting”—for Hillary. That’s a kind of rhetorical protection that the NYT would never offer one of its/the Democratic establishment’s political opponents.

In other words, the NYT article is not a good-faith attempt to inform us about, and analyze, Hillary’s problem. It’s an effort to hide it. Rather than explain Hillary’s avoidance, Ms. Chozicko mimics it.

This whole rigmarole reflects a fundamental problem: Does anybody really contend, in a principled and consistent way, that a candidate’s (man or woman) personal nasty sexual behavior in itself disqualifies that person for the presidency? Or doesn’t everyone actually use that issue only opportunistically—to attack the candidate they don’t like for other political reasons?

Lyndon Johnson used to wave around his dick—which he called Jumbo—and once forced himself on a White House secretary, showing up at her bed and ordering her to ”Move over. This is your president.” Is any Democratic Party liberal going to say we should denounce his presidency solely on that behavior (straight-up rape!), or will they insist on prioritizing things like the Civil Rights Act and Medicare? (For that matter, will his opponents not prioritize things like the Vietnam War?) Will any of them judge Richard Nixon to be a better president or political persona because he was more “correct” in his sexual behavior?

This is not just about how things went in the past, either: If Corey Booker runs against Marco Rubio eight years from now, and someone unearths incidents about Corey like those now being unearthed about Trump, will Chris Hayes, or Rachel, or Michelle say that Booker is then disqualified? Or will they say—as many of the same people attacking Trump today said about Bill Clinton yesterday—that’s “just about sex” and shouldn’t disqualify him to be president? And besides, it’s the most important election ever!

Sure, it’s harder to get away with now, as it should be, but, when making a political judgement, a person’s loutish sexual behavior is always going to be relativized and judged as less decisive than their policy positions—by his or her supporters, at least. Like it or not, people’s sexual and political personae are frequently in contradiction, and there’s no cure. Even those for whom women’s issues are of paramount importance will find it hard not to prefer a personally sexist candidate who supports abortion rights, contraceptive availability, maternity leave, etc., over a personally impeccable candidate who doesn’t. Many did exactly that with Bill Clinton, and will do so again.

Those who did not, do not, and would not reject Johnson or Kennedy or Bill Clinton or the next Democratic iteration thereof, despite his piggish sexism, because other politics outweigh that fault, can’t really look down on supporters of other candidates who make exactly the same kind of calculation. Whether you vote for a piggish genital-grabber because s/he won’t criminalize abortion, or because s/he won’t start WWIII, you’re prioritizing policy over personal behavior. What’s annoying are those who sanctimoniously insist that everyone must reject a candidate because of his/her personal sexual behavior, when it’s obvious that they really don’t believe that at all.

In the present case, there are a thousand reasons to reject Donald Trump, and his piggishness makes for a nice part of the mix. Still, one might think it’s important to get seriously into those other political issues, to compare positions on things like the economy, war, etc. We’re not so much on that terrain anymore, are we?
We’re not so much on that terrain anymore, are we? The United States just launched a military attack on the poorest country in the Arab world? Obama is considering starting WWIII in defense of al-Qaeda? Hey, let’s interview this woman who sat next to Donald Trump on an airplane thirty years ago. Diversion, anyone?
Barring a deus ex machina, Trump is now effectively toast, having been burned to a crisp over the last two weeks by the issue of his sexual aggressiveness, which was pursued relentlessly by the Clintonites and the press as a disqualifier.

Nothing to regret about that result, but it is to be remarked how, once that issue is stoked, it becomes an unstoppable train that flattens everything else, starting with the candidate it was aimed at. It wasn’t his vicious, racist remarks about Muslims, or about the Central Park Five, that quickly and definitively steamrolled The Donald; it was grabbing pussy. We should be wary of those who are so gleeful about having this train barreling down the track at Trump, and who have, and would again, object to that same dynamic if it were threatening to crush their favored politician.

We should remark, too, how Hillary played and fared in this game. It was she who started this fire, when, at the very end of the first debate, she brought up Trump’s derogatory remarks about women, and his fat-shaming of Alicia Machado. Then there appeared, fortuitously, the Access Hollywood tape, ensuring that the issue would be pursued. As the NYT article says, Hillary then retreated into her cone of “virtual silence” on the subject, leaving the heavy-hitting to Michelle and crew. Hillary can continue to “tread lightly,” insisting that she takes “absolutely no satisfaction” in what is happening to Trump. Absolutely.

And when Trump, at the next debate, brought in some of the women whom Hillary slut-shamed, the network commentators were aghast at how he was using these confused and troubled women for his political advantage, and dragging the Presidential campaign into the gutter.

The net result is that Hillary did not just go “virtually silent” about Trump, she virtually stopped campaigning at all. She decided to spend most of her time squirreled away in “debate prep,” far from unmanaged questions—letting the media and his own big mouth finish off Trump, confident that her enormous ad buys in the last couple of weeks will seal the deal.
So, Hillary gets to raise the issue, and then hide from it. And the NYT helps her, with an article that pretends to explain why she’s hiding from the issue, but is itself actually hiding the real reasons from its readers. She throws a stink bomb into the campaign, and then runs off to be showered and perfumed by the press, which casts her aggressive slut-shaming as “imperfection.” Catch me if you can.

Certainly well played, and Hillary supporters may delight in the result. But no one should be surprised at how many people—from right to left—see through this hide-and-seek, know right where Hillary and the establishment press stand, and, when not enraged at, are increasingly bored with, how this game is always played.