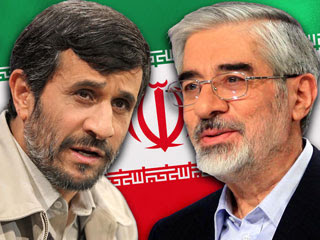 Like many detractors of Security Council Resolution 1929, Musavi called the UN sanctions against his nation unjust. Unlike Ahmadinejad, however, he did not dismiss the sanctions as nothing but a “used handkerchief.” On the contrary, Musavi spoke frankly about the implications of the new round of sanctions. The Iranian people will bear the burden of political and economic isolation. Whether the sanctions were imposed justly or unjustly, the regime is deceiving Iranians by obscuring the consequences of the dispute over Iran’s nuclear program. As Musavi implied in his remarks, this deception should be expected from a regime that has a deficient human rights record.

Many detractors of Security Council Resolution 1929 will claim that the Nuclear Non-Proliferation Treaty gives Iran the “inalienable right” to pursue a nuclear program. In other words, Tehran is justified in pursuing its nuclear program and should not have to submit to so-called “safeguards” (i.e. inspections and surveillance). Since Iran’s actions are lawful, legitimate, and justified, sanctions against Iran are unjust, say many.

Surely, there is some truth to these claims. The sanctions have a convoluted legal basis and have been subject to inspiring principled challenges. However, critics fail to acknowledge a very important link between Iran’s foreign policy and its domestic policy. Musavi’s remarks about democracy in Iran and how it relates to the nuclear issue raise a number of questions:

Do Iranians feel that their country should pursue its “inalienable right” nuclear program? What if it comes at the cost of tough sanctions and international isolation? Have Iranians consented to their government’s foreign policy?

Conflicting reports from Iranian expats and media outlets make it difficult to define public opinion on this issue. What is clear, however, is that Tehran continues to go to great lengths to censor free speech and suppress political and moral opposition. Musavi correctly points out that until Iranians are freely able to challenge their government’s foreign policy, the regime lacks enough legitimacy to conduct itself as it does internationally. Of course, observers must critically consider whether multilateral and especially unilateral sanctions are legitimate, but a glaring problem remains: the disconnection between the Iranian people and the government’s foreign policy.

The prospects of progress are not encouraging. Challenging the regime is increasingly difficult, constricting the space within which civil society and political opposition might offer an alternative to Tehran’s rigid position on the nuclear issue. Since 2009, the regime has grown increasingly strict against democracy activists and the Green Movement has all but vanished. News sources mentioned that Musavi’s latest remarks may draw the ire of the regime.

If Musavi is indeed persecuted for his remarks, the regime will have demonstrated its intolerance for contrarian rhetoric, even as it retains its role as something of a contrarian on the international level. On the other hand, if the regime addressed Musavi’s remarks – even if it made no substantive progress toward his recommendations – its foreign policy might retain more legitimacy.