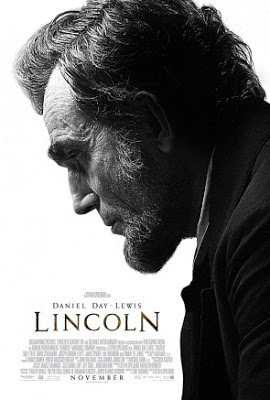 Over this past holiday—while millions of Americans were wrapping up their pretension of being thankful for what they had and getting prepared to form mobs where they trampled their fellow man to buy more junk they don't need—my wife and I went and saw "Lincoln."

First, I want to say that I really enjoyed the movie. Daniel Day Lewis did an incredible job as the president. The supporting cast was also great. Tommy Lee Jones, Sally Fields, James Spader, Lee Pace and Joseph Gordon-Levitt were amazing.

That being said, the movie was historical fiction, and that needs to be kept in mind by viewers.

This is one thing I don't like about the genre: truth and fiction bleed together so much that fiction often becomes truth. Throughout the film Lincoln is depicted as a heroic abolitionist, and there is good reason to challenge this notion.

The movie also fails to explore the Todd family more closely, as they were not abolitionists. I thought this could add to the movie. Lincoln personally favored abolition but his wife and her family did not. Of course it might have taken up too much time to explore the reasons why Lincoln may have married into the Todd family: money, political connections?

The New York Times did a recent review where they rightly noted that blacks were treated as passive observers who could do nothing but wait on the White Man to liberate them. This is a big error on Spielberg's part. And it reminded me of a line in Rage Against the Machine's song "No Shelter":

Spielberg the nightmare works so push it far / Amistad was a whip the truth was feathered and tarred.

Abolition would never have occurred if not for the abolition movement, which was way more than the political process, or radical Republicans. Slaves and freed slaves played a major part in the struggle, and the movie quite simply ignored them.

One prominent black abolitionist the movie could have included was Frederick Douglass. He gave a speech at the Unveiling of The Freedmen’s Monument in Memory of Abraham Lincoln at Lincoln Park in Washington, D.C on April 14, 1876 where he said that "Abraham Lincoln was not, in the fullest sense of the word, either our man or our model." You wouldn't know this judging from the opening scene of Spielberg's film when black soldiers get starry-eyed over Lincoln as if he were Moses leading them out of the desert. As Douglass put it: "In his interests, in his associations, in his habits of thought, and in his prejudices, he was a white man," and:

He was preeminently the white man’s President, entirely devoted to the welfare of white men. He was ready and willing at any time during the first years of his administration to deny, postpone, and sacrifice the rights of humanity in the colored people to promote the welfare of the white people of this country. In all his education and feeling he was an American of the Americans. He came into the Presidential chair upon one principle alone, namely, opposition to the extension of slavery. His arguments in furtherance of this policy had their motive and mainspring in his patriotic devotion to the interests of his own race. To protect, defend, and perpetuate slavery in the states where it existed Abraham Lincoln was not less ready than any other President to draw the sword of the nation. He was ready to execute all the supposed guarantees of the United States Constitution in favor of the slave system anywhere inside the slave states. He was willing to pursue, recapture, and send back the fugitive slave to his master, and to suppress a slave rising for liberty, though his guilty master were already in arms against the Government. The race to which we belong were not the special objects of his consideration.

Despite these words Douglass also went on to praise Lincoln. But the weight of the above highlights a theme not present in Spielberg's masterpiece.

I also want to say that Jackie Earle Haley was perfect for the role of Alexander Stephens, the Vice President of the Confederacy. I mean, he looks like a spitting image.

Anyway, in the scene at the Hampton Roads Conference where Stephens is trying to bargain for an end to the war he requests the ability for the secessionist states to re-enter Congress in order to kill the 13th amendment. Stephens never made that request. That was an offer from the Lincoln administration!

From a New York Times article in 1885 where a Stephens aid writes about the conference:

"[Secretary of State] Seward then informed our Commissioners that Congress, a day or two before, had proposed the constitutional amendment for the abolition of slavery throughout the United States, which he produced and read to them from a newspaper. He said this was done as a war measure. If the war were then to cease, it would probably not be adopted by a number of States sufficient to make it part of the Constitution, and, without saying it in direct words, left the inference very clearly to be perceived by the Commissioners that his opinion was that if the Confederate States would abandon the war, they could of themselves defeat this amendment by voting it down as members of the Union."

Also, after the House passed the bill and Lincoln considered it a dead matter he offered to allocate $400 million to pay the slave owners for their lost property if they would end their rebellion, which was also not included in the movie.

Another thing I noticed missing from the film was Lincoln's proposals on how to deal with slaves at the end of slavery. Lincoln favored deporting them.

As I said above, as a movie "Lincoln" is really good. I would like to watch it again. But it is historical fiction. Barely more historical than the movie "Abraham Lincoln: Vampire Hunter," which came out earlier this year. Lincoln is made out to be a much stronger proponent of abolition than he really was. Douglass noted in his speech that "in his heart of hearts he loathed and hated slavery," but the Union, which was always nothing more than "the welfare of white men," came first—and Lincoln was open about that.

This brings me to one more critique. The movie deals heavily with the passing of the 13th amendment, and Lincoln is depicted as a moral-political force, but that's not really true. For starters, just like the Emancipation Proclamation, Lincoln saw the amendment as a military necessity. It was, as Secretary Seward referred to the 13th amendment, "a war measure."

When the Emancipation Proclamation was being debated inside the Lincoln administration in the later part of 1862 one newspaper editor, Horace Greeley of the New York Tribune, urged for total abolition (not just that of the states in rebellion, which was all the EP offered). Greeley wrote about the policies Lincoln "seem[ed] to be pursuing," by which he meant abolition. Not wanting to be painted as an abolitionist Lincoln responded by saying his motive was saving "the Union," not freeing slaves:

This attitude is nowhere present in the movie and instead Spielberg provided an entirely different depiction of the sixteenth President of the United States.

For more of my blogs please visit: www.truth_addict.blogspot.com/

Why the Tea Party Republicans ‘Shut Down the Government’

The Elephant in the Room: NSA Prism Program, Rights, Security and Empire

Why I will not watch Zero Dark Thirty

Romney and Obama have an ‘understanding’ on the ‘debates’

The Supply and Demand of ‘Terror Plots’