On Saturday March 21, several hundred people shut down a McDonalds at Laramie and North Ave on Chicago’s Far West Side and then marched on and through a Food 4 Less store located further east. It was a major Fight for $15 action. Fight for $15 is the national movement of low wage workers whom are working for a minimum wage of $15 an hour and  union recognition. Chicago’s far West Side is a predominantly African American and Latino working class area and the numerous horn honks demonstrated the popularity of the action as far as local residents were concerned.

The Workers Organizing Committee of Chicago which heads up the Fight for $15 movement in Chicago was joined by members of Action Now, Our Walmart, UFCW Local 881 and a large group from an AFL-CIO youth conference who arrived in rented buses. We shut down the McDonalds by flooding the area in front of the store. There is a BP gas station facility attached and that was shut down as well. Having two  evil corporations  in one place made for a great Saturday morning. 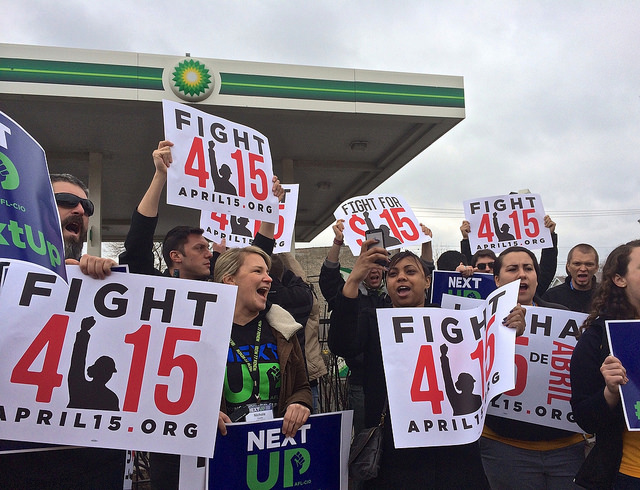 The  group then marched east on North Ave to a huge shopping center where a Food 4 Less grocery is located. Food 4 Less is a chain owned by the Kroger Company who owns several stores in the Chicago area. UFCW Local 881 is currently organizing workers at the chain. 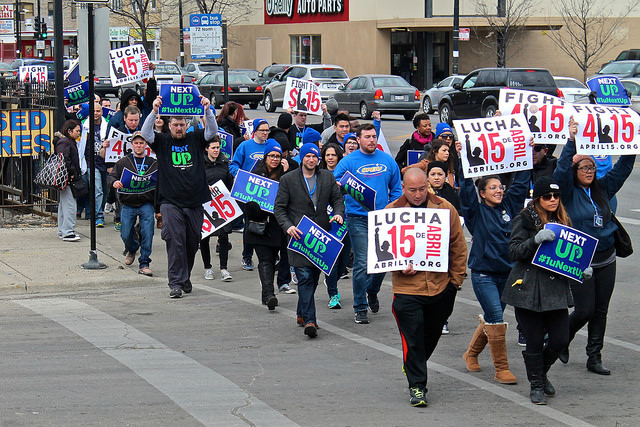 Eventually people flooded the area in front of the store and then marched into and through the store led by young people holding a Fight for $15 banner. The manager called the cops and we exited through the checkout lines. UFCW Local 881 is trying organize  workers in Food 4 Less. That chain is organized by UFCW on the West Coast and signed  contract in late 2014 with the union. 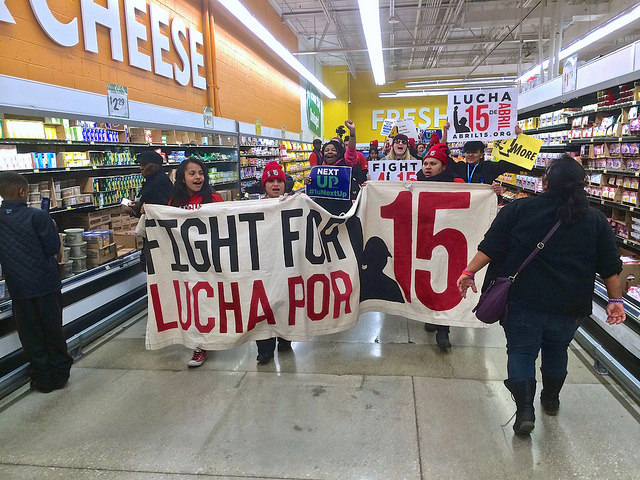 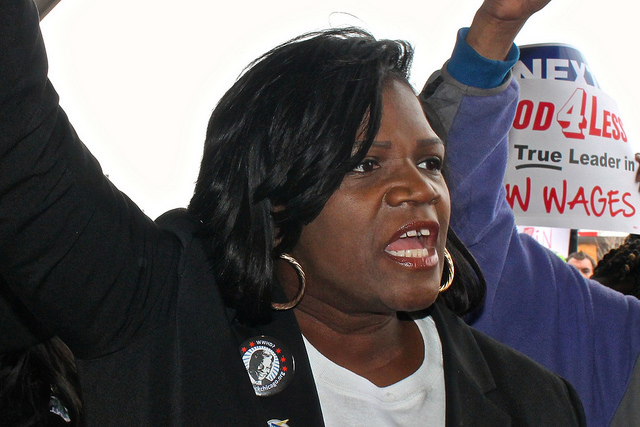 The Fight fo $15 movement is organizing  for a huge action on April 15. Hopefully the April 15 action planned by WOCC as part of the Fight for $15 movement will be larger and even more militant. Stay tuned. 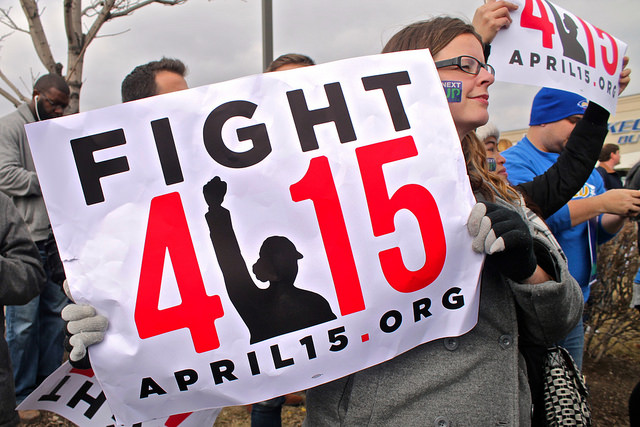 Photos from Saturday’s Chicago action are at the link below along with ones from the the International Working Women’s Day Fight for $15  action on March 8. All are available free for non-commercial use.