Posted in: Media (Main) | No comments 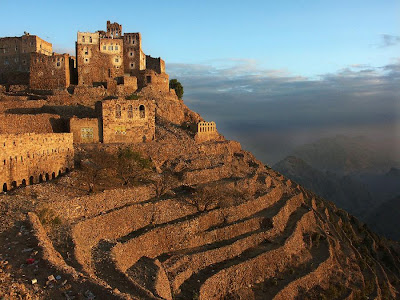 Yemen has found itself splashed all over the news again following the failed attack on the British ambassador, Tim Torlot, in Sa'ana. The last time Yemen enjoyed such media popularity was when Omar al-Farouk, a Yemeni-trained Al Qaeda operative, failed to explode a plane en route to Detroit in December 2009. Media focus on isolated violent incidents threatens to divert attention from Yemen's real troubles.
Yemen's most pressing problems are not violent fundamentalism; rather, rapid population growth, high illiteracy, a devaluing currency, a corrupt and ineffective government, chronic water scarcity and a dangerous qat addiction are this country's real enemies.
The US more than doubled its military assistance to Yemen this year, taking it to more than $150 million. This monumental sum would be better spent building schools, creating sustainable water infrastructures and shifting agricultural practices away from qat cultivation. After all, it is estimated that there are only around 100 Al Qaeda operatives in Yemen anyway!
The structural issues at the heart of Yemen's troubles are starting to be understood. Even David Miliband, UK Foreign Secretary, who heads the "Friends of Yemen", has opined that: "the assault on Yemen's problems cannot begin and end with its security challenges and its counter-terrorism strategy."
The diplomat bomber has put Yemen back on the map for all the wrong reasons. The attack runs the risk of undermining the development investment this country badly needs. If the media continue to focus on violence, terrorism and fundamentalism they risk creating a self-fulfilling prophesy.

Imagine a World with U.S.-China Cooperation

Independence and Constitution in Spain