By Julie Hollar and Janine Jackson

Janine Jackson: Seventy percent of Republicans don’t think the elections were free and fair, according to Politico. “A stark rise,” they note—perhaps unnecessarily—from the 35% that felt that way before Trump lost.

There are surely multiple, complicated reasons for that. One may be that they’ve been insufficiently disabused by corporate media that will rhetorically hold up Biden’s votes alongside Trump’s threats and delusions—because both sides, after all, “see a path” to the White House. The same press corps that for years “balanced” evidence of real voter suppression with empty claims of voter fraud, as if it would be unfair to acknowledge that one side reflected reality and the other didn’t, as if it weren’t for them to say.

Now, even with an acceptance of a Biden victory, election results are being treated as a kind of Rorschach, and in that circumstance, we know that certain interpretations tend to carry the day.

Joining us to talk about corporate media’s post–Election Day performance is FAIR senior analyst for election 2020 Julie Hollar. She joins us now by phone from Brooklyn. Welcome back to CounterSpin, Julie Hollar.

Julie Hollar: Thanks for having me, Janine.

JJ: It’s like no matter what happens, elites—including elite media—try to cram it into the same frame. The lesson is always the same. Your latest for FAIR.org describes a postelection phenomenon that listeners will recognize from today’s headlines, but it’s not really new at all. What are you talking about there?

JH: The last article I wrote is about this phone call that happened right after the election among House Democrats. This was a private conversation—but it got leaked to the press—in which the right-wing of the party started to just go off on the left wing, blaming the left for the election being not the blowout that they had hoped.

There was a lot of expectation going into election night that Democrats would boost their House majority, they would get the Senate, they’d get the presidency, they’d get a lot of state legislatures—and, very quickly, it turned out that that just didn’t come to pass.

The left wing of the party, represented by folks like Alexandria Ocasio-Cortez, shot back saying, “Listen, we don’t need to be pointing fingers right now, but if you’re going to start doing that, let’s really step back in and take a look at what happened, and let’s look at how the campaigning was done. Were we really all-in on digital? Were we using best practices? We weren’t knocking on doors, largely because of the pandemic, but was that a mistake?” There were some progressives who did decide to continue knocking on doors in a safe way, and there were a lot of decisions that were made about campaigning that one could look at.

One could also look at the fact that a lot of these positions that the left has been pushing are in fact very popular, so the idea that this is what sunk the Democrats just seems very disingenuous.

So you think, “OK, well this is a story about what went wrong, right? What went wrong for the Democrats?” It’s going to take a while to give a full accounting of this, but for the major establishment press, instead of trying to actually figure out whether the right wing here is correct, they basically just republish all the accusations. They give a little space for the left to defend itself, but with the Washington Post article that I looked at, the balance of sources in this article was remarkable. They quoted and paraphrased 14 sources that blamed the left, and that was counterbalanced by four sources that defended the left.

It’s also really interesting to note that a lot of those sources were anonymous—the right -wing Democrat sources were anonymous—and twice they were described just as “Democrats,” rather than as what they like to call “centrist Democrats” or “moderate Democrats.” So there was a line that the Post included that was something like, “Privately, Democrats have said that the answer is obvious—it’s because the party’s running too far to the left.”

Well, do “Democrats” say that? Do all Democrats say that? This is one of the things that just drives me insane about media coverage like this, and should drive everyone insane, I think, who believes in a free and fair press, is that you characterize all Democrats as having this position,; it erases the left wing of the party and it makes it seem like the legitimate position of the party is the one that’s voiced by its right. It totally marginalizes the left wing of the party.

This is happening because this is who the corporate reporters are feeling closest to. This is who’s in their Rolodex. I’m looking back at the interview that we did about election coverage during the primaries, and it’s just such a familiar script. This is baked into the media coverage, and has been forever, because this is who the sources are. Corporate media sources in the Democratic Party—they just tend to be the more right-wing, the more establishment sources. That’s who they’re comfortable calling, that’s who they talk to all the time, that’s probably who they hang out with playing softball on the weekends, for all we know.

JJ: Right. It’s also almost vertigo-inducing how media will pump up—not just editorially, but through these kind of sourcing tricks and tropes in reporting, as you’re just describing—the idea that talking about Medicare for All is too radical, or a Green New Deal is a step too far and turns voters off, and then you’ll turn the page and read about a poll that says that in fact those ideas are popular. And I guess that’s one of the things that I resent most about elite media coverage on this, is the way they lie to us about us, even though we know they know it. So how can you be fronting this argument that these ideas are so unpopular, when they know from their own polling data that in fact these ideas are very popular?

JH: Whose voices, whose opinions are you surrounded by every day? That becomes what you think “normal” is. Because they have all of their centrist sources, this is the chatter around them, this is just the conventional wisdom. It doesn’t matter what the polls say, it doesn’t matter what the people say. It’s that Washington conventional wisdom says that Medicare for All is a dealbreaker, that the Green New Deal is dead in the water.

The other thing that I pointed out in my article is, who are these candidates funded by? They never talk about that. They never revealed that. In these articles, you get a quote from a representative talking about how we can’t do Medicare for All, and how we’re going to lose if we run on Medicare for All, and not talking about the fact that this representative, James Clyburn, has taken more money from pharma than any other senator or House representative within the last 10 years. So, of course, what’s he going to be saying? But if readers don’t have this information, how are they to judge his motivations when he’s speaking?

JJ: In September, when Trump said he might try and stay in office even if he lost, we saw headlines like NPR‘s “Trump Declines to Promise Peaceful Transfer of Power After Election,” like that’s a thing presidents sometimes do, they just decline to promise. Now I’m reading headlines like “Experts Say There Isn’t a Constitutional Path Forward for Trump to Remain President,” which I suppose is meant to be reassuring, but what I take from it is—it’s OK with media, and media are telling me to get ready to be OK with the idea, that maybe this could come down to what “experts say.” You know, I’m not calmed by that.

JH: And you shouldn’t be. It’s like, if we just keep marching forward and we keep saying, “OK, Biden won,” and we give both sides, but as long as we keep saying that Biden won, then it’s just going to have to happen, even if we keep on giving Trump a platform here and giving this idea that, well, he doesn’t really have a path, but he says he does. Even by repeating those claims, the reporting on the party in general supporting him, I feel like this is just really dangerous. We’re not talking about a coup in the classic sense, but we’re talking about something that’s maybe even more dangerous, because it flies under the radar a bit more, because it’s the kind of thing that is slow-moving, it just sort of happens. You don’t have to have a military takeover. You just have to have the party refuse to acknowledge the results of an election, and the corporate media that just let experts talk and lets the right and the left talk at each other, and never really comes out and says on the front page, “They’re undermining democracy. They’re stealing an election.” 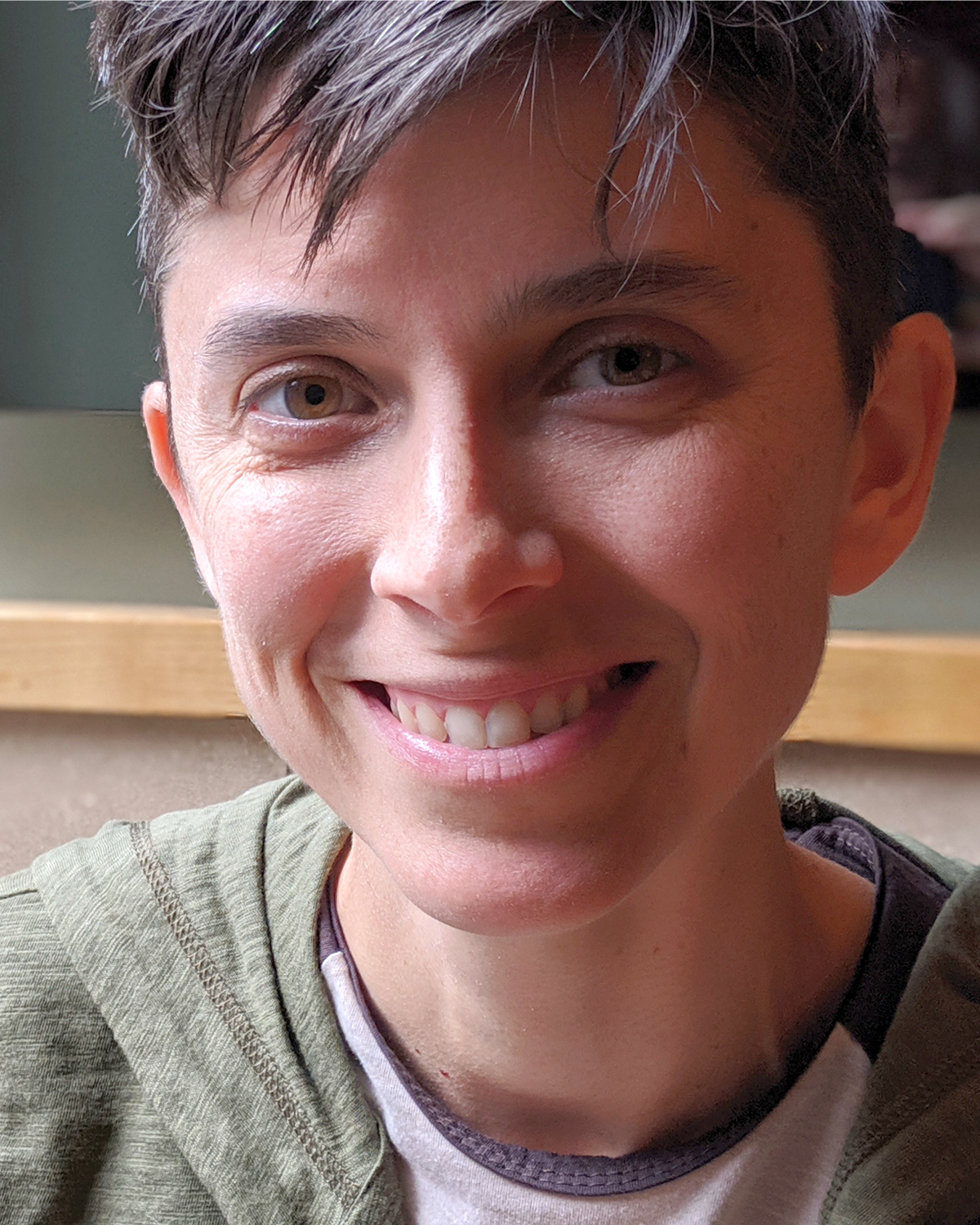 Julie Hollar: “It’s the false balance that is putting us into a dangerous position, because you don’t want to give any sort of balance to the autocratic side here.”

JJ: Stop making it sound as though it’s red ideas versus blue ideas, when at this point we’re really talking about whether we want this democratic project, such as it is, to continue, or whether we want to keep eroding it and eroding it until we pave the path for it to really go a whole other way. I feel like journalists have a special role in really putting a stake in the ground on that, and I’m not seeing it.

JH: There’s just too much fear. For so many years, there’s just this ingrained idea, particularly in these outlets that are perceived as liberal—which, as anyone who’s listened to us ever knows, we would disagree with that characterization—but this idea that you have to at least make efforts toward the other side, to believe that you are giving them a fair shake, you know? It’s the false balance that is putting us into a dangerous position, because you don’t want to give any sort of balance to the autocratic side here.

JJ: All right, we’ll end on that note. We’ve been speaking with FAIR senior analyst for election 2020. She’s Julie Hollar. Thank you so much, Julie, for joining us this week on the show.

JH: You’re welcome. Thanks for having me.

How Much Less Newsworthy Are Civilians in Other Conflicts?

Media Rediscover Afghan Women Only When US Leaves

How Not to Cover Critical Race Theory

What Is ‘Moderate’ About Opposing a Minimum Wage Backed by 3/5ths of Voters?