Protesters take to the streets across Europe — in photos

In what may turn out to become a very hot spring, tens of thousands of people have taken to the streets in major European capitals to protest against their governments, call for the resignation of their political leaders and take back control of their lives.

In Reykjavik, mass protests have already brought down the Prime Minister over the rapidly expanding #PanamaPapers scandal, and in London similar demonstrations took place on Saturday to demand the resignation of David Cameron, who was forced to admit this week that he personally profited from his father’s offshore fund, mentioned in the leaks.

In Athens, refugees marched to demand open borders and respect for the human right to asylum, while in France a budding indignados-style movement has been building in the squares in opposition to a new labor law, the state of emergency and the growing unresponsiveness of the Socialist government to popular concerns.

Could this be the beginning of a new cycle of struggles across the continent?

The people of Iceland are back on the streets! More than 10.000 people were out in Reykjavik to demand the resignation of the entire government.

After a mass protest forced the Prime Minister to resign last week over the ‪#‎PanamaPapers‬, the remaining ministers decided to stay in power and reshuffle the cabinet. Although pledged to bring the elections forward by about six months, there has been no let-up in the protests or calls for the entire coalition’s ouster.

Protester Gissur Gunnarson: “We are all here to let you know it’s over. It’s not us. It’s you!” 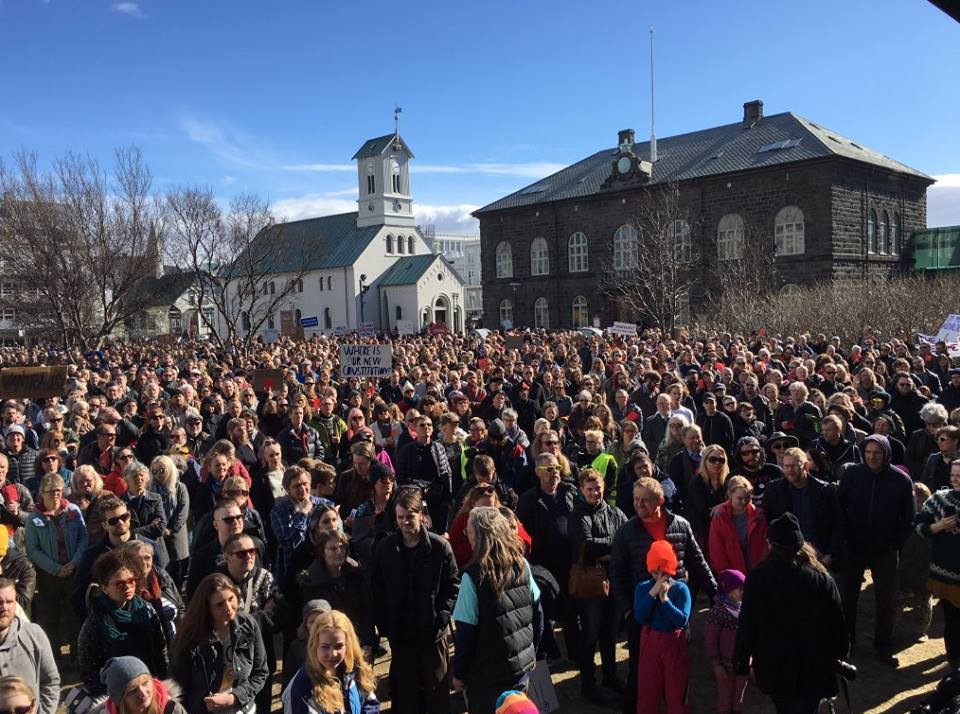 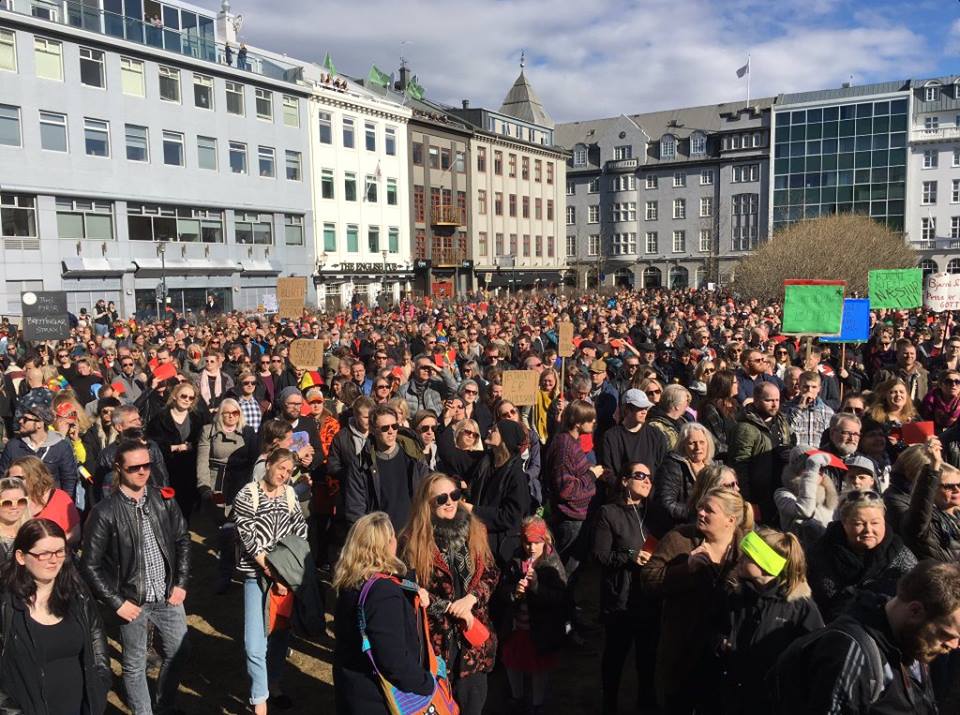 The occupations began in Paris last Thursday, when protesters decided to not go home after marching against a pro-business labor reform law. On its tenth day, the Nuit Debout protests have spread to dozens of cities in France as well as several in Britain, Germany, Spain, Portugal, Belgium and Italy.

Local media in Rennes, a city in northwestern France, reported that a journalist was among the injured, some of whom had open wounds on their scalp and others with eye injuries. Two policemen were also wounded, one from a stun grenade. 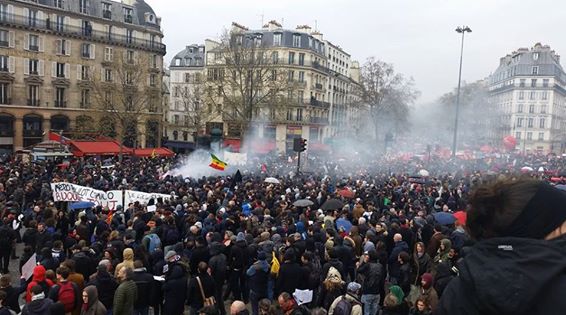 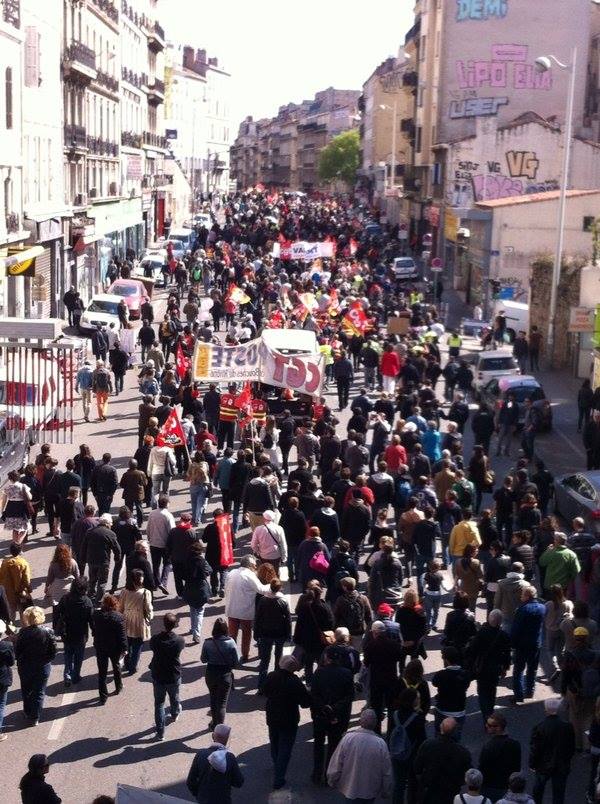 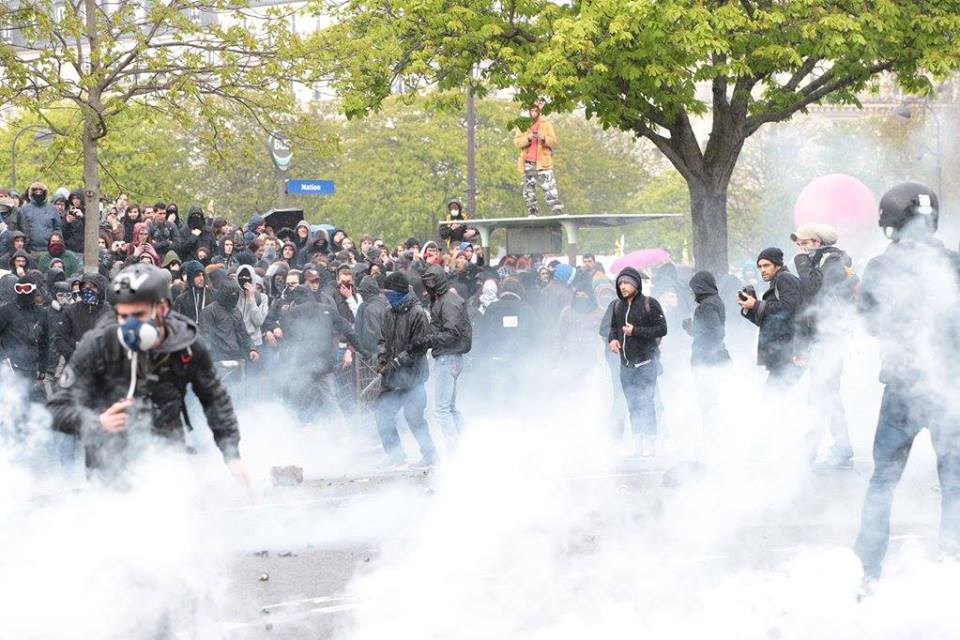 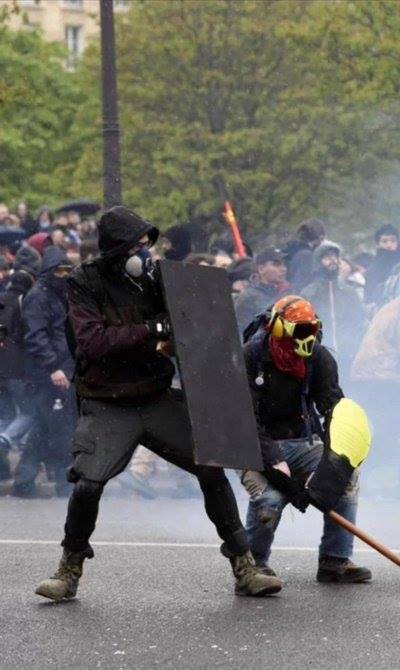 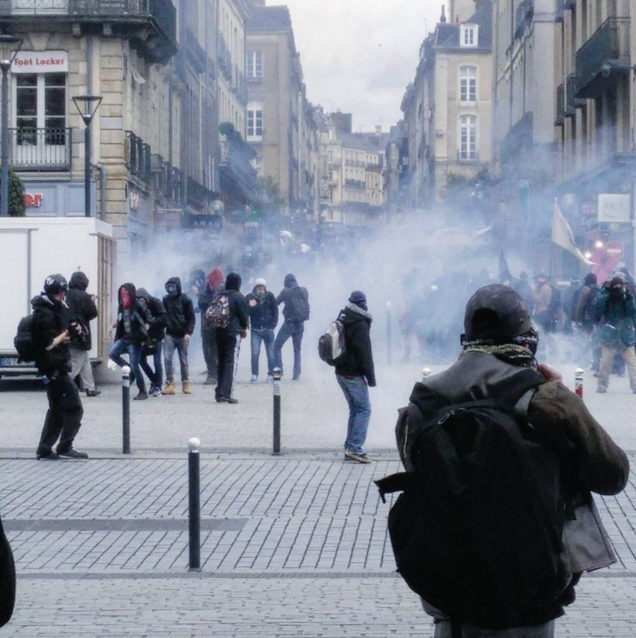 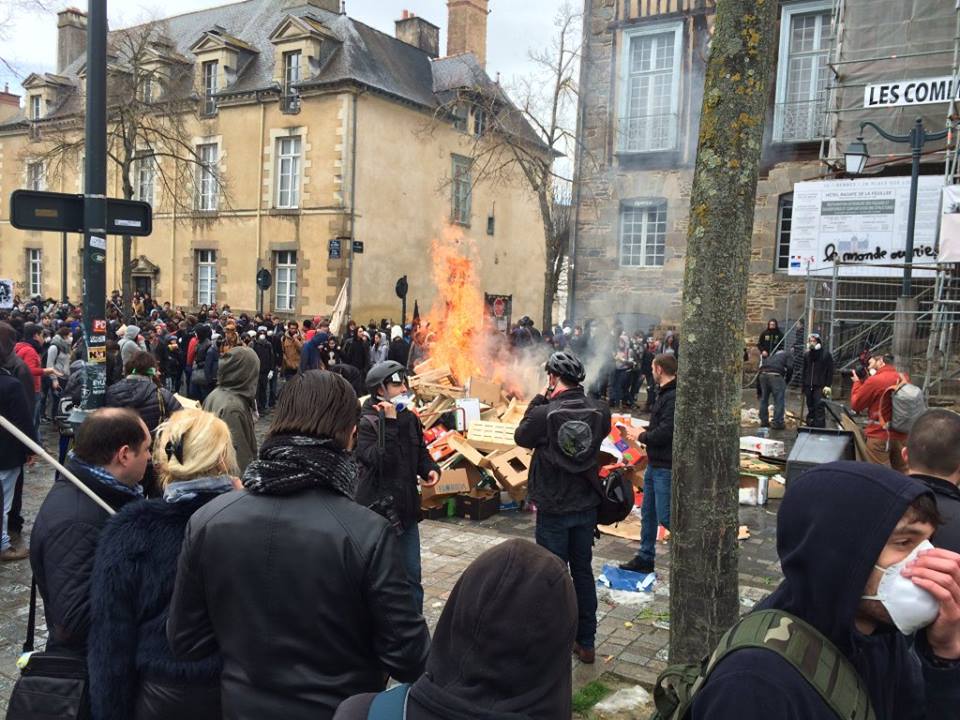 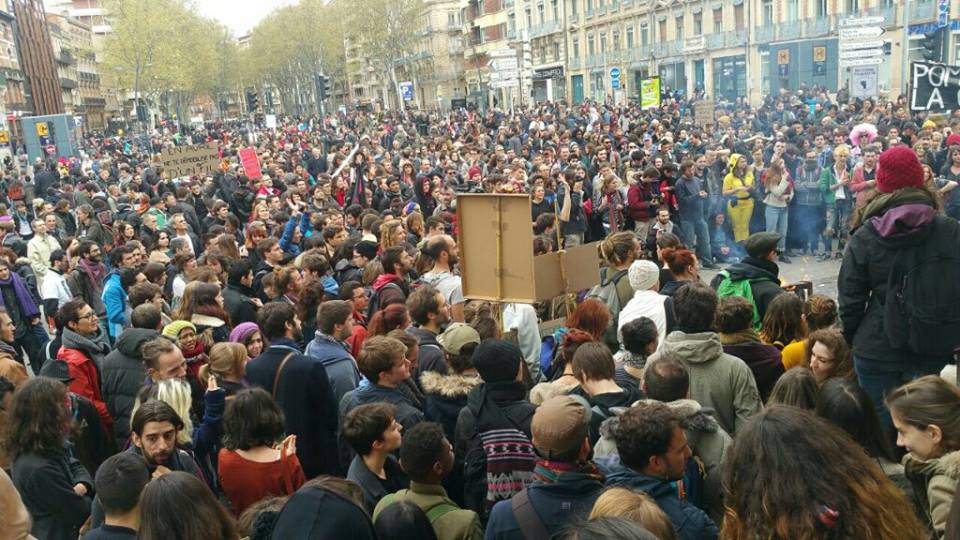 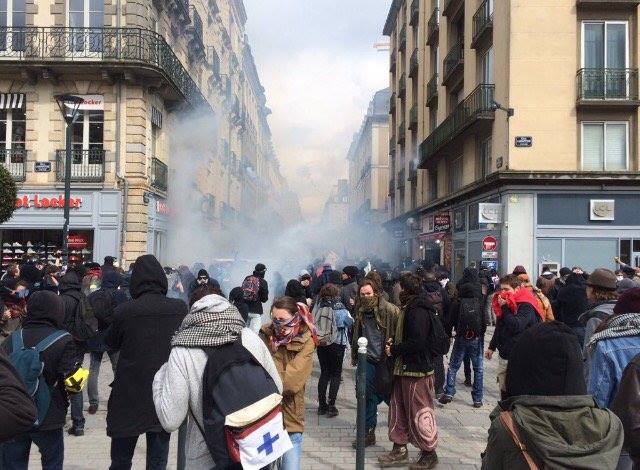 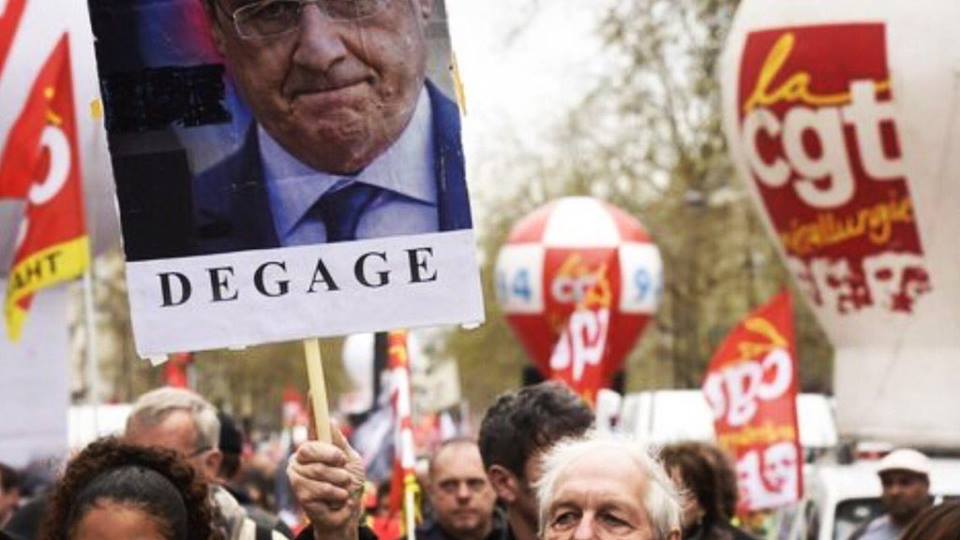 Thousands of protesters marched on Downing Street Saturday calling for British Prime Minister David Cameron to resign after revelations about his tax affairs emerged earlier this week along with the leak of Panama Papers.

Protesters, many wearing Panama hats, descended on the gates of Downing Street carrying placards with slogans such as ‘he’s got to go’, ‘time to go chum’ and ‘Eton’s mess,’ referring to his private school education.

Scores also vented their anger at the Prime Minister by trying to storm the Conservative Party Spring Conference at the Grand Connaught Rooms events center, also in London.

The protests were organized around the social networking campaigns “Resign Cameron” and “Close tax loopholes,” and have gained support from high-profile figures such as whistle-blower Edward Snowden and singer Lily Allen. 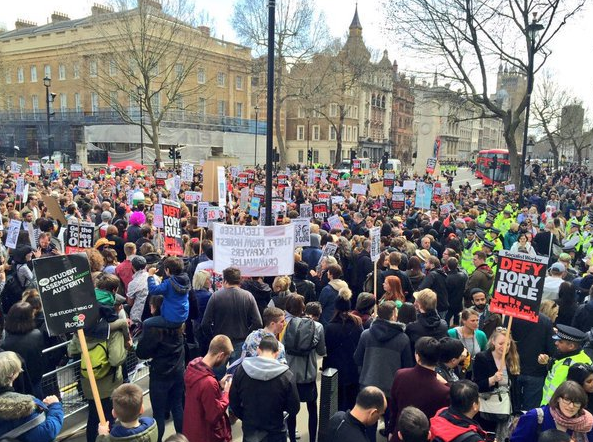 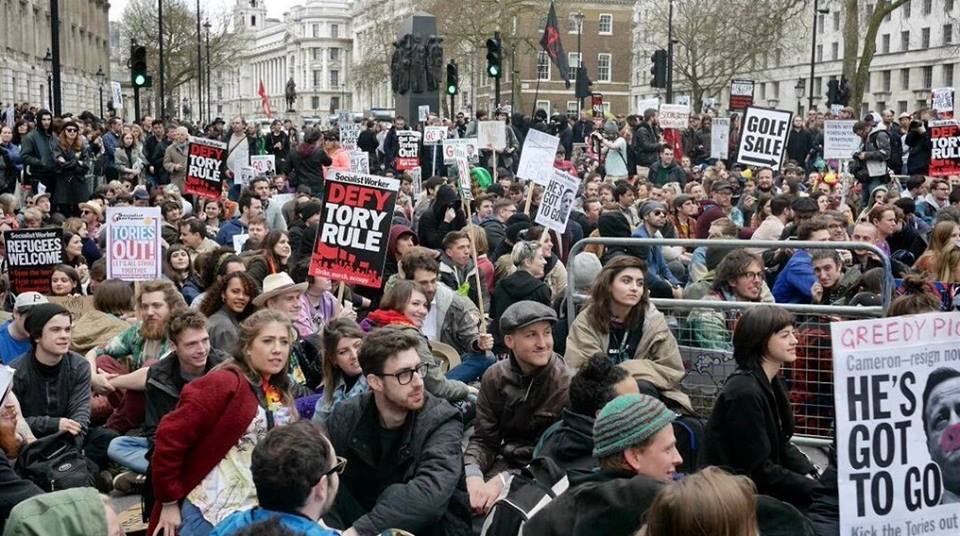 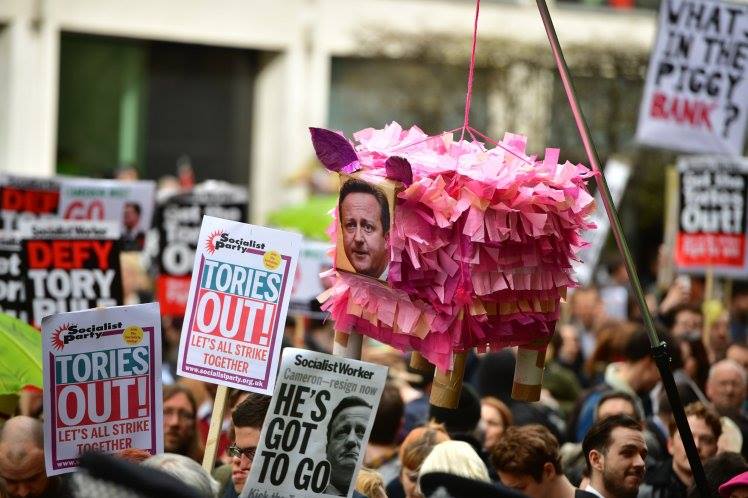 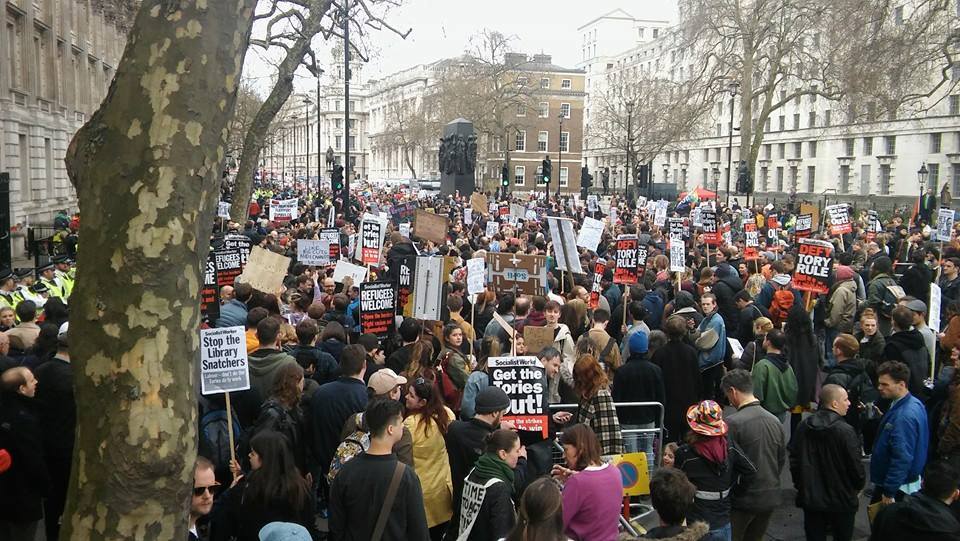 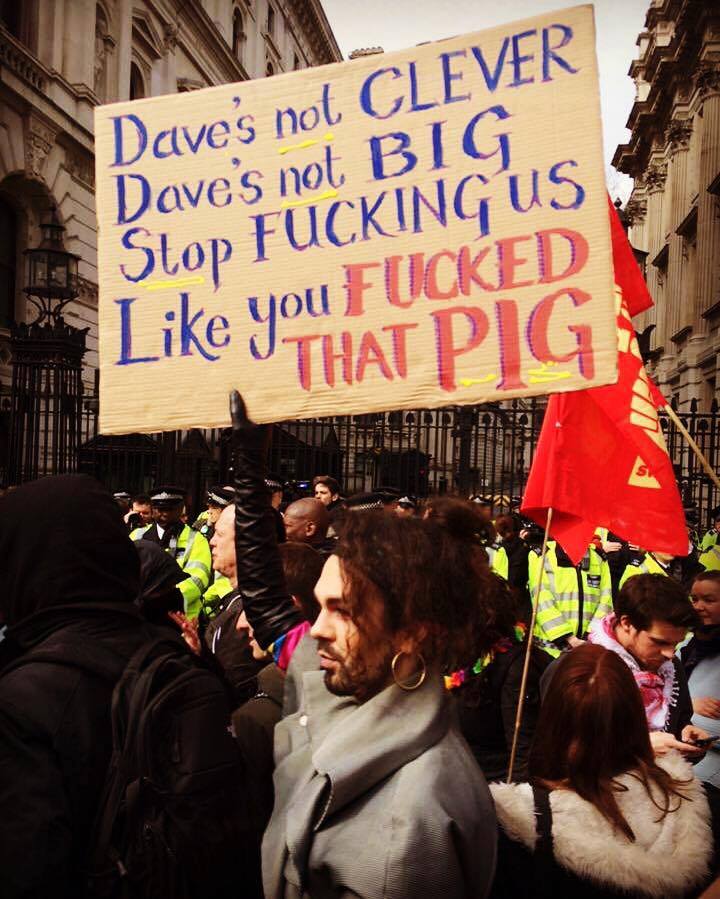 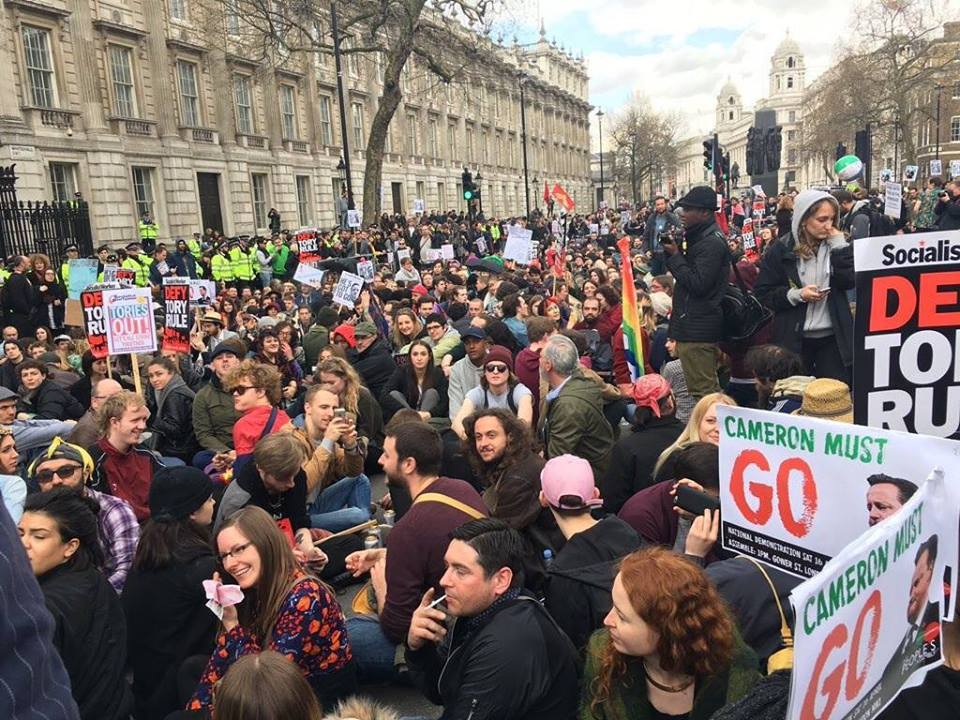 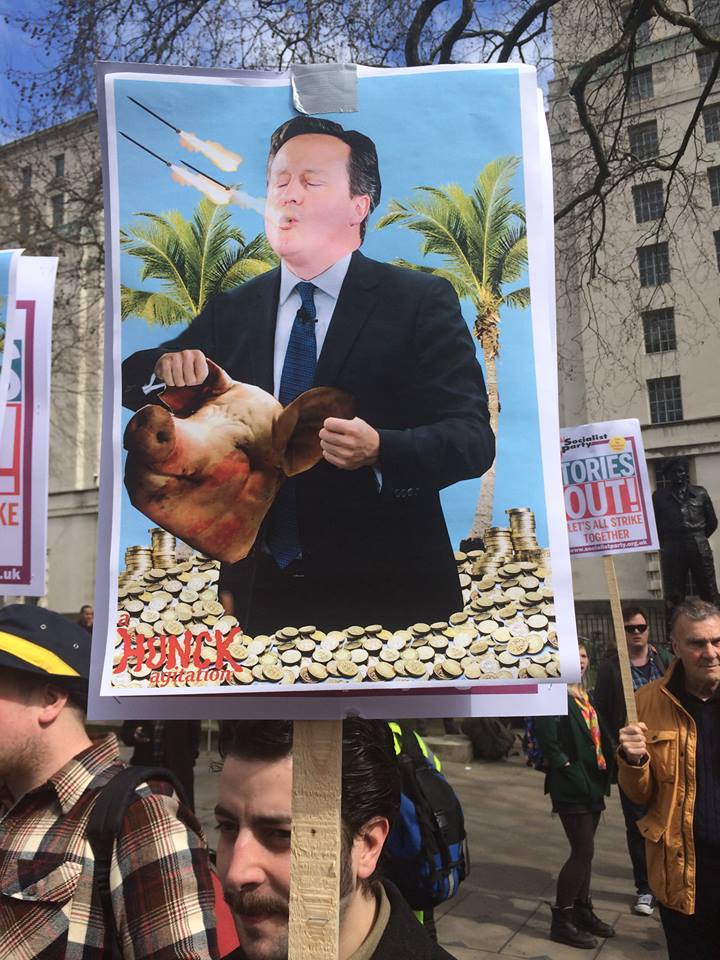 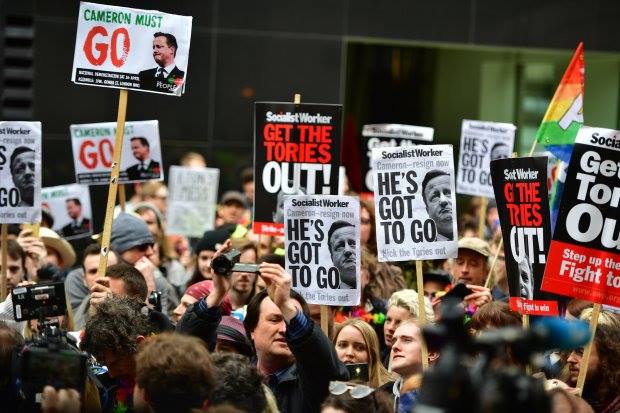 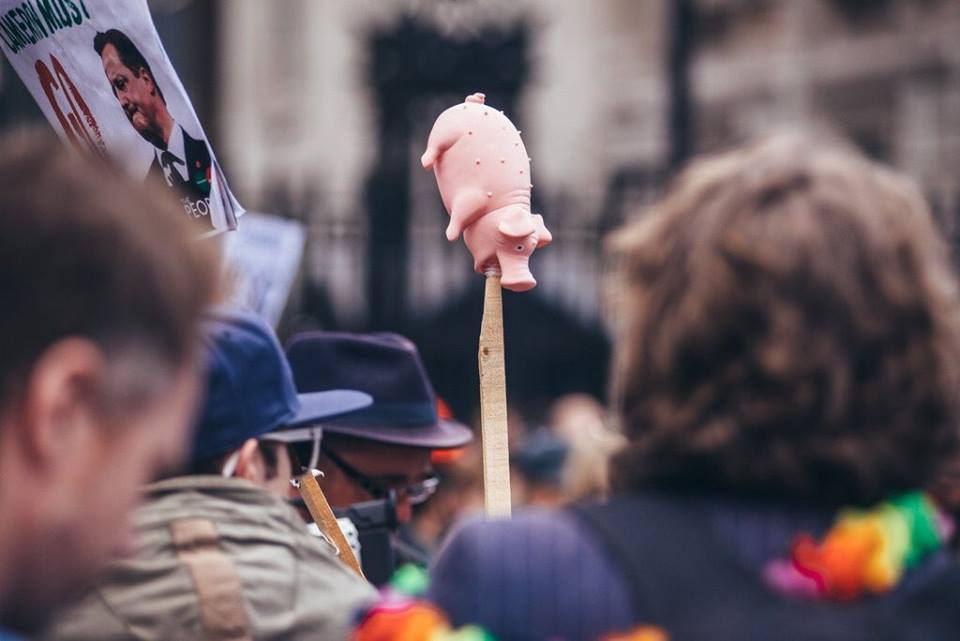 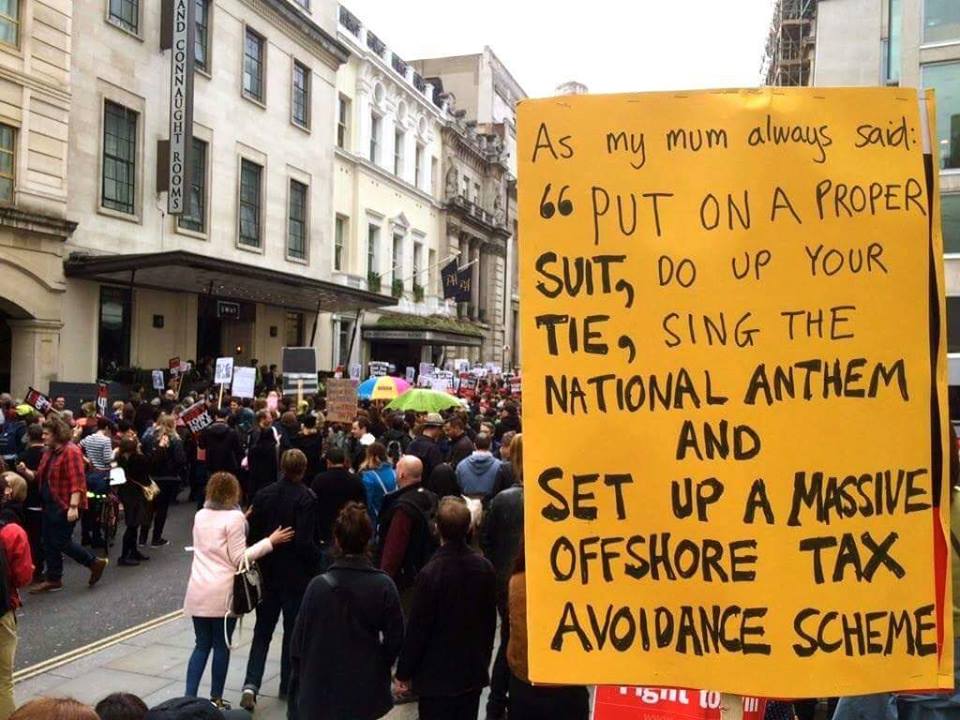 Thousands of Greeks joined migrants and asylum-seekers in the streets of Athens to march in protest against the EU-Turkey deal and closed borders.

Many among the crowd waved banners bearing anti-racism slogans such as ‘Refugees Welcome: Open the borders’ and ‘No to deportations’.

Protesters marched towards the offices of the European Commission in Athens where some did a sit-down protest.

There are 53,000 stranded migrants and refugees in Greece. 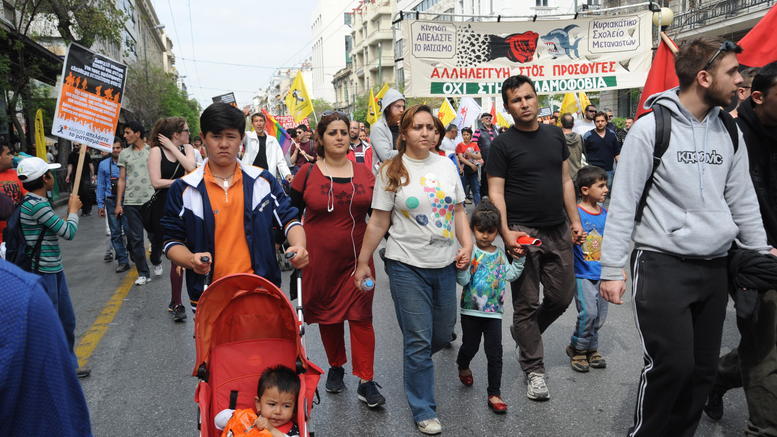 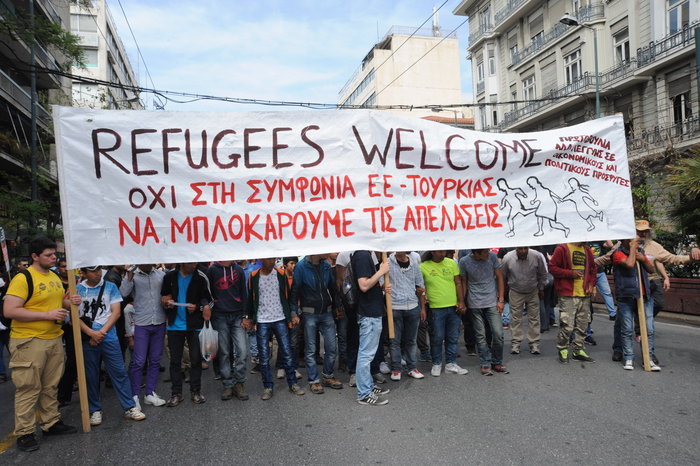 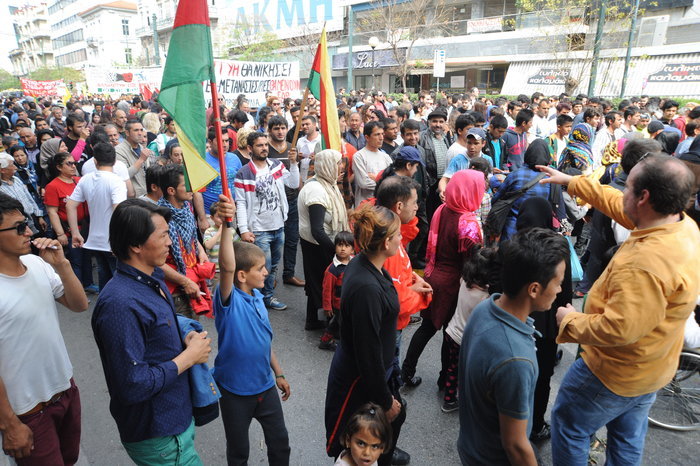 Photos via The TOC 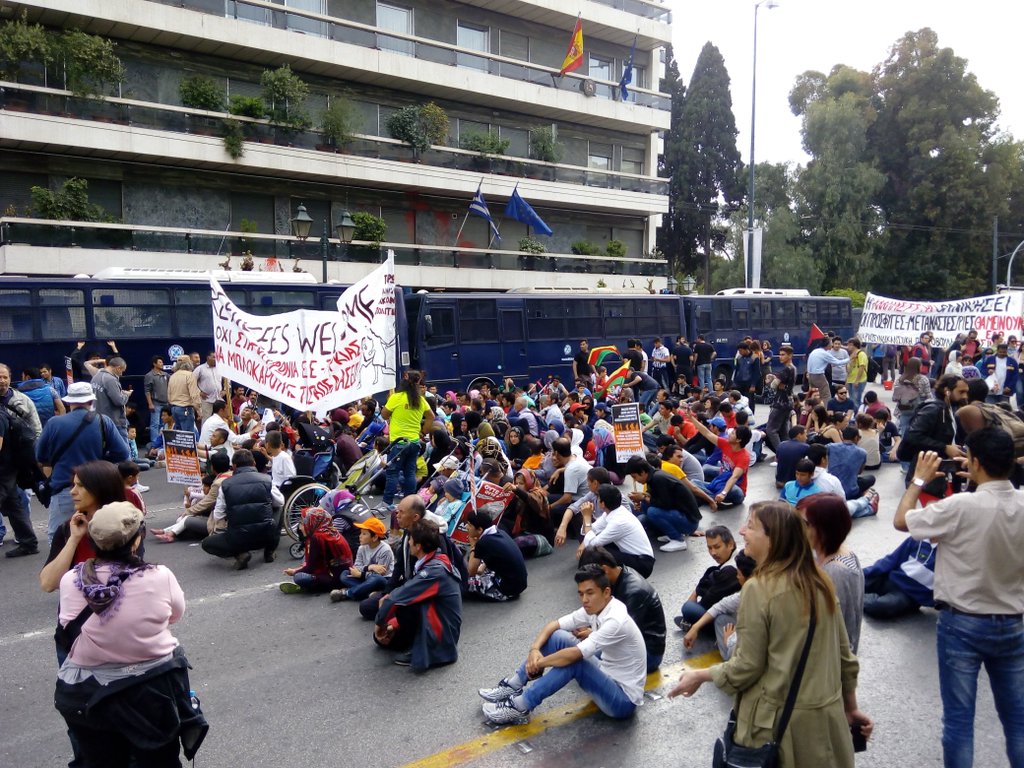 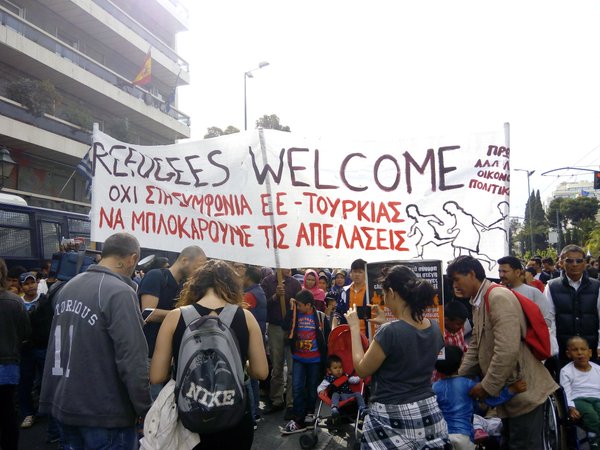 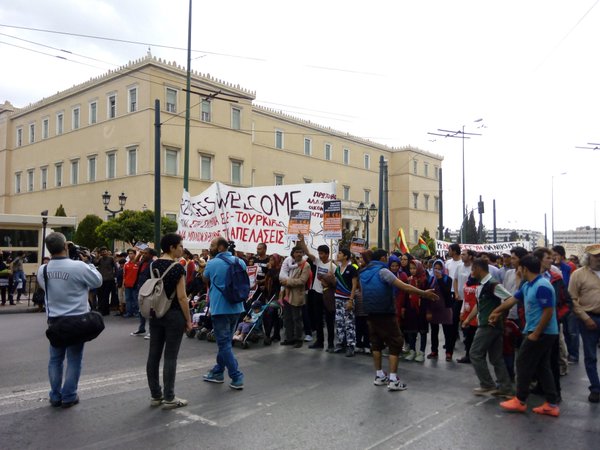 More than 1500 stranded refugees, joined by Greek supporters, marched to the European Commission building in central Athens on Wednesday, March 30, to protest against a migration agreement between the European Union and Turkey that is due to take full effect Monday which plans to start deporting migrants and refugees back to Turkey.

The photos of Iceland, France and the UK were collected by teleSUR English’s Facebook page.

Remembering the many lives of our friend David Graeber

A feminist response to the pandemic

Ecuador: a rebellion for the renewal of struggle

Can the Bolivarian revolution survive the Venezuelan crisis?

Resisting the next wave of real estate speculation in Spain