Put Your Money Where Your Mouth Is

Governments are pledging to avert a climate crisis while their economies bankroll and intensify it.

Production of coal, oil, and gas must fall right now to keep global heating under 1.5C. Yet a new UN backed report shows how governments across the world are planning to increase production, while giving much more Covid-recovery money to fossil fuels than clean energy.

And it’s not just public money that is fuelling the climate crisis. A startling new report by the Rainforest Action Network shows how 35 top private banks have invested an eye-watering $2.7 trillion in fossil fuels since the Paris agreement was adopted five years ago. And those investments are increasing year on year.

In this special issue on money, we highlight two battles between small bands of rebels and big bad banks. The State Bank of India, a bank majority-owned by the Indian Government, wants to loan $1billion to fast track a coal mega-mine in Western Australia, while Standard Bank in South Africa is funding a 1,445km heated crude oil pipeline that will devastate East Africa’s ecology.

We also introduce an exciting new campaign to challenge the global banking system and its suicidal investment strategies. Money Rebellion launched in the UK last month and ushers in a new era of financial disobedience for our movement. Rebels interested in tax strikes and redirecting bank loans to green causes should check out our Announcements section for more.

And don’t forget little old Must Reads, where you can learn more about which banks only pay lip service to carbon neutrality, and how you can switch your account to support the greener ones.

The forces against our movement can seem insurmountable. But we go into 2021 with new tactics, new targets, and a dogged determination to make governments put their money where their mouth is. Our team wishes you all a very disobedient new year.

To connect to rebels in your local area, get in touch with your nearest XR group. If there’s no active group near you, you can start your own!

If you’d like to see previous newsletter issues, you can find them here.

We are in a crucial phase of human history, and our Rebellion needs money to make our message heard. Anything you can give is appreciated.

Rebels and other activists across India have staged protests outside branches of the State Bank of India (SBI). Some rebels have escalated actions by taking part in ‘ATM jams’ where SBI cash machines have truth-telling flyers super-glued over their screens and card slots blocked.

The SBI, which is majority owned by the Indian government, is planning to loan Adani, a vast Indian conglomerate that focuses on energy and transport, $678 million to help open its coal mega-mine in northern Australia.

SBI had planned to give Adani $1billion for the coal mine in 2014, before controversy over the project, and accusations of crony capitalism made the bank back away.

As well as adding 4.6 billion tonnes of carbon to our atmosphere, Adani’s Carmichael coal mine will increase ship traffic by the Great Barrier reef, risk local aquifers, and destroy ancestral lands.

Adani has been a long-time supporter of India’s PM and is one of a handful of conglomerates which are gobbling up contracts and profits as India undergoes a major privatisation drive.

The 3 bills, rushed through parliament in the summer, will deregulate food crop markets and remove government-sanctioned minimum pricing. Farmers believe this will lead to corporate takeovers of their small farms and a crash in prices.

Police used tear gas, water cannon, trucks weighed down with sand, barbed wire and trenches, but failed to stop the farmers entering the city. A police request to convert 9 sports stadiums into jails was thankfully rejected by the city council. Meetings between farmer union and government representatives are ongoing.

Standard Bank: Clean Up Your Act!

The East Africa Crude Oil Pipeline will traverse the renowned Murchison Falls National Park. As well as displacing indigenous communities and threatening endangered species, it will pump thousands of litres of crude oil a day – a disaster for people, biodiversity and the climate crisis.

Rebels gathered at Standard Bank’s offices in Johannesburg, carrying placards that read “we are watching you” and “inaction is a weapon of mass destruction”. They poured treacle over forecourt flagstones then used it to leave handprints on the office walls, a symbolic act to show how the bank has prioritised dirty oil over lives and livelihoods.

In the midst of this peaceful protest, the rebels were seized by security and led away with their hands in the air.

This action is a small part of XR South Africa’s ongoing battle to stop the toxic pipeline. You can join the digital fight and flood the bank’s social media channels with anti-pipeline messages.

13 environmental groups, including XR Sri Lanka, are fighting to protect vast regions of the nation’s rainforest from a corporate land grab. The threatened area spans 7% of the island’s total landmass.

Sri Lanka’s President promised to double the country’s forest cover before his election, yet his government has abolished legal protections for 700,000 hectares of Other State Forests (OSF).

These unofficial forests, not formally recognised in Sri Lankan law, were once protected by the national Forest Department. But now a new law has handed them back to local government officials for ‘economic development’. Bureaucratic misuse and rapid deforestation is expected.

Among the OSFs are rare Cloud Forests which make up less than 1% of global woodland. Losing them would drive many endangered and endemic plants and animals to extinction, not to mention the loss of yet more valuable carbon sinks.

The move is believed to be the result of corporate lobbying (67% of Sri Lankan land is state owned). Global fruit and vegetable company Dole Lanka was recently able to acquire large tracts of land for banana and mango plantations that was earmarked as a new reserve in Lunugamvehera National Park.

XR Sri Lanka are planning an upcoming Reforest Rebellion, where Rainforest Protectors will plant hundreds of saplings in Sinharaja Forest Reserve. You can support them by following them on Facebook and signing this online petition.

XR Philippines is urgently requesting donations after their country was hit by 5 destructive typhoons in four weeks.

Those who can’t afford to donate to relief efforts via one of these two sites can help spread awareness of the appeal over social media. Visit XR Philippines Instagram for more information.

Typhoon Vamco, the most recent, slammed northern regions of the country, killing dozens and leaving thousands struggling to survive as they awaited rescue. Some regions are still experiencing severe flooding, with waters reaching depths of up to 12m. Media coverage and local relief efforts have been hampered by both the pandemic and the current government.

The Philippines is no stranger to typhoons, with the country experiencing 20 in the past year. But as global temperatures rise, typhoons and storm surges will become even more frequent.

For the Philippino people on the front line of the climate crisis, the investment portfolios of global banks, and the reluctance of governments to bring them to heel, are matters of life and death.

Money Rebellion is a new campaign of on-the-ground, digital, and financial actions to tackle what’s really driving the climate crisis: our economic system.

Money Rebellion was launched in the UK by rebels who would be delighted to see their campaign of financial disobedience mushroom across the globe. All rebels are welcome to take and reuse campaign materials – but they will need to tailor them to their own tax and debt laws.

Interested? Watch the introductory talk and then check out here for many more resources.

If you’re interested in co-hosting a future Money Rebellion talk fill in this Speaker Interest Form. Perspectives from the Global South are of particular interest.

On the Anniversary of the Paris Agreement and until November 2021, XR COP says: COP26, we are watching you!

Open our action pack for ways to have your voice heard too! Includes resources for quick and easy actions, info on COP, and more. Get your teams in place and start waking up the planet to the fact that COP26 needs to turn the tide! And watch out for our monthly actions!

How to Livestream: Free Training!

Find out how to livestream XR actions and events in this free skills training.

The workshop will cover preparing for a livestream, the technical skills needed for live-streaming from your mobile phone, advice on kit, and tips on how to interview and speak on camera.

There will also be training on how to use VMIX software to enable simultaneous streaming from multiple smartphones located anywhere in the world (with good wifi)!

This event is open to all XR groups and will be held on the 15th December.

Writers Rebel: On The Brink 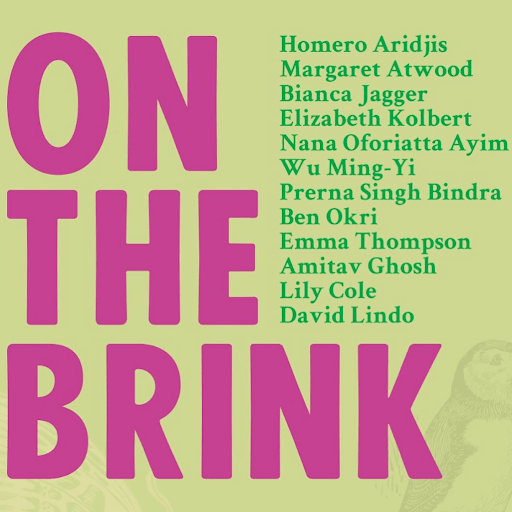 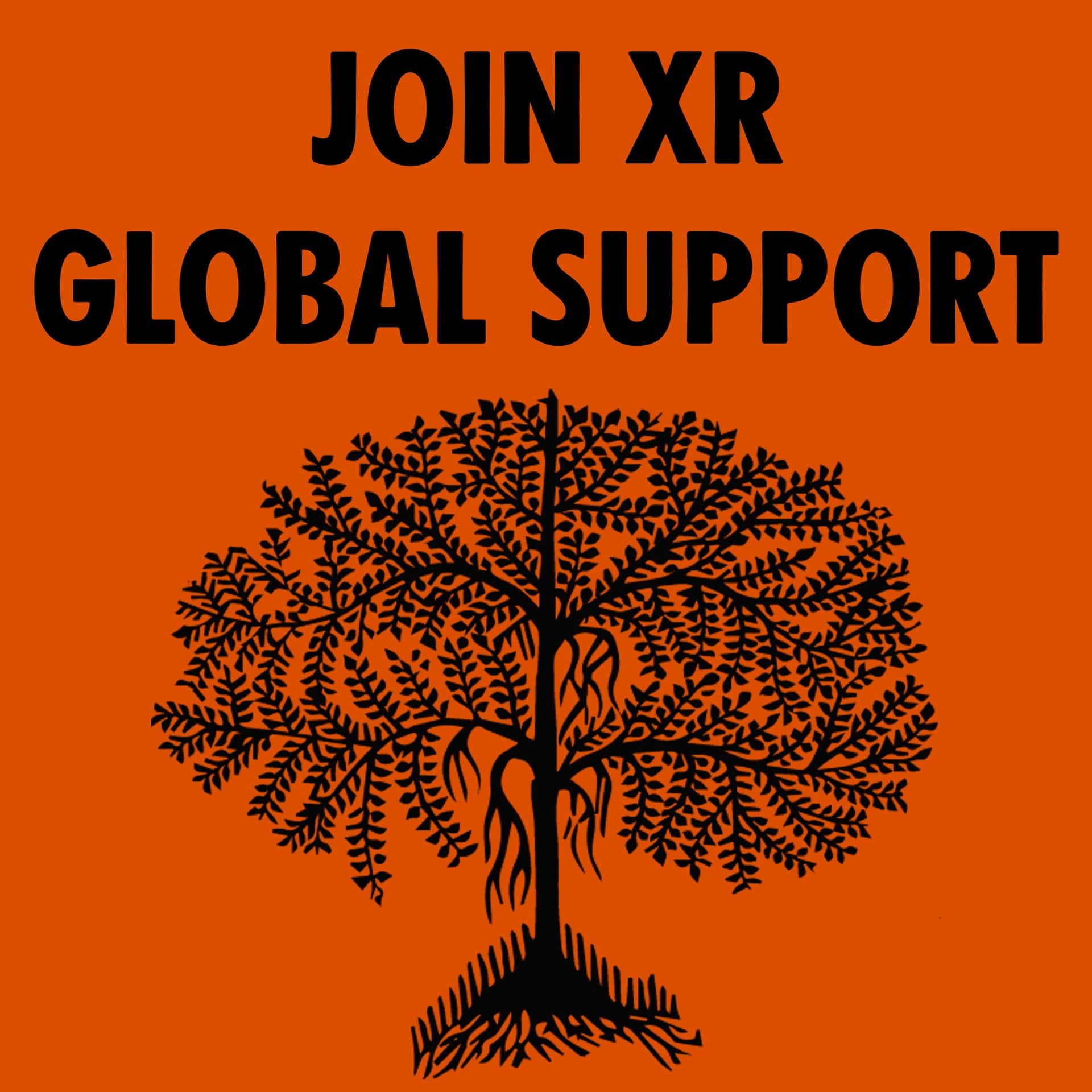 Interested in supporting and working with rebels all around the world? XR Global Support helps resources flow between XR groups and offers support in the form of training, funding, and more.

Check out the calendar for the next Interactive Intro to XR (a crucial part of the onboarding process) and fill in this form to let us know you’re interested! Email questions to XRInt-onboarding@protonmail.com. 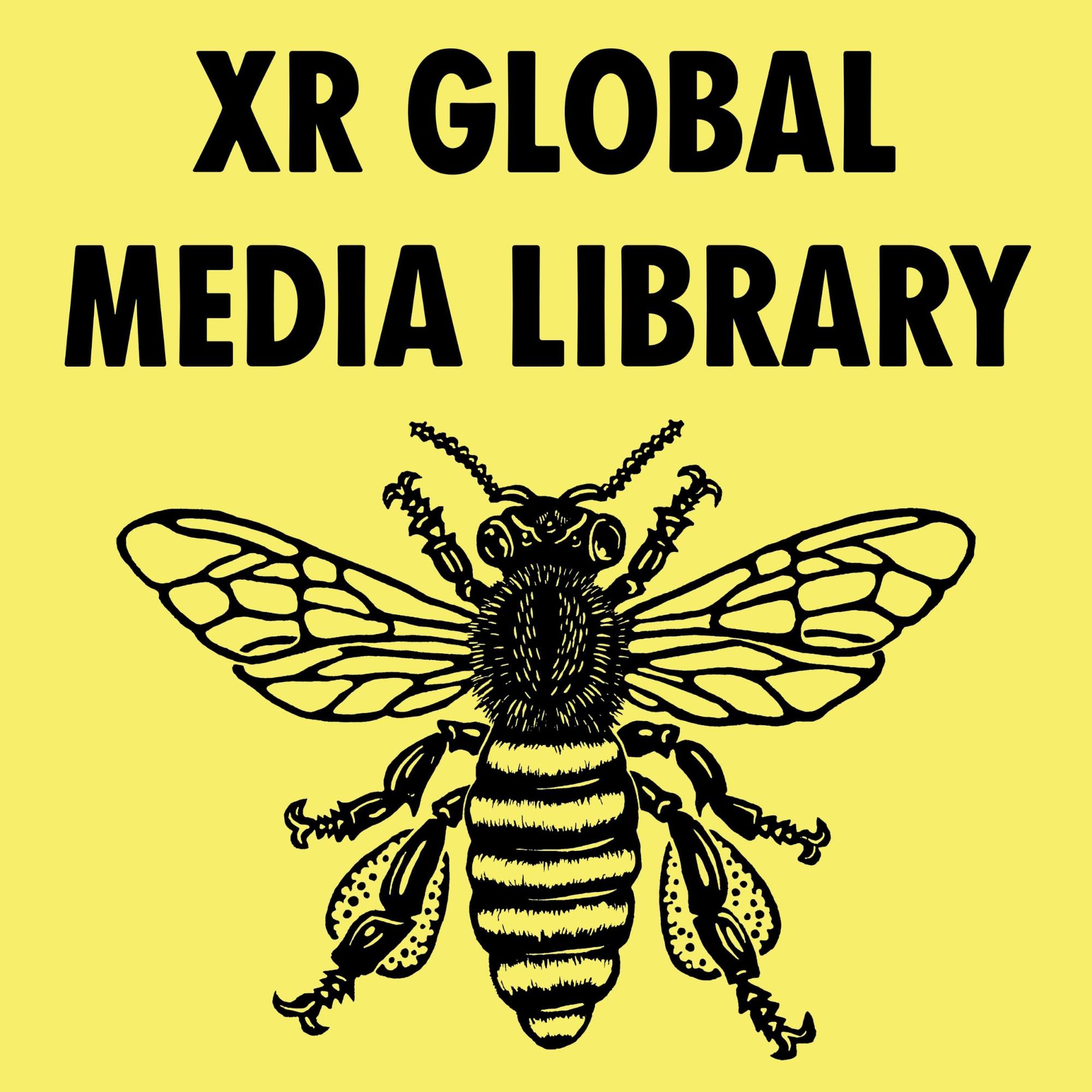 Want to discover amazing XR media content? Or maybe share your own? Learn how to use the XR Global Media Library by joining our next training session!

We’ll provide you with everything you need to get started. Just answer this quick questionnaire and we’ll get in touch.

Ker-ching! This issue we’ve gone money-mad and so has Must Reads! Find out which banks are profiting from fossil fuels and planetary destruction, get your money out of them, and then let your mind be expanded on just what this whole economy lark is actually all about.

Rainforest Action Network: Fossil Fuel Finance Report 2020
Find out how the top banks stack up when it comes to investing in fossil fuels in this comprehensive report.

Portfolio Earth: Bankrolling Extinction
Find out how the top banks stack up when it comes to biodiversity destruction in this comprehensive report (in multiple languages).

XR Blog: How to Stop Funding Fossil Fuels by Moving to an Ethical Bank
Most banks have a very dirty secret. They use your money to fund fossil fuels. Here’s a step-by-step guide to getting your cash back from climate collapsing banks.

Dr. Gail Bradbrook’s ‘Economic Literacy for XR Colleagues’: Livestream Talk
Don’t understand economics? Not sure what a political economy is? Don’t worry! You are not alone, and it’s probably by design. This short talk by an XR founder will get you up to speed.

The End of The World As We Know It

Preparing For The Worst

Power to the People. Rebellion Returns

Can We Count On COP?

The Power of One

The Scientists Have Had Enough

The law of the land