The Tea Party didn’t get what it wanted, but it did unleash the politics of anger. Ten years after a summer of rage over spending,  trillion-dollar deficits are back.

Well, so claimed a confounding mix of credulity and amnesia of a New York Times story on August 28. Critics like Adam Johnson were quick to note the absurdity of representing the Tea Party as an organic grassroots movement, united around an earnest concern about deficits. The racism, the gerrymandering, the misogyny, the anti-environmentalism, we’re to understand, weren’t “what the Tea Party wanted,” but mere side effects of their interest in federal spending.

This miscasting of the Tea Party is nothing new. CounterSpin‘s Steve Rendall spoke with author Sikivu Hutchinson back in February of 2010 about media coverage that told us to take the Tea Party seriously, but then didn’t go all that deep themselves.

Sikivu Hutchinson: I think that the media have really abdicated their responsibility to unpack the deep historical legacy that’s informing these uprisings, grassroots uprisings, as they’ve been dubbed. You know, this is nothing new. We’ve seen this before, whenever there is the perception that underclass, particularly urban, people of color, women, gays, the disenfranchised, are going to be given a place at the table in American society,  we’ve seen these backlashes. 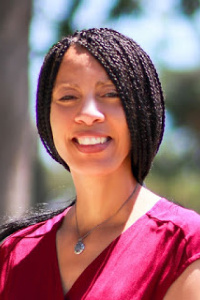 Certainly during the late 1940s and early 1950s, with the emergence of the Dixiecrats that broke off from the mainstream Democratic Party in opposition to civil rights legislation, and that party was helmed by Strom Thurmond. We saw this in the 1960s, with the deployment of the Southern strategy by Richard Nixon to try and curry favor with disaffected independent Democrats, and bring them into the Republican fold on the plank of states’ rights and law enforcement. And, of course, we saw this in the 1990s, with the election of Bill Clinton, and obviously his and Hilary Clinton’s derailed efforts to try and bring about healthcare reform.

So this is, again, a very persistent and inveterate strain within a white working-class, white middle-class sensibility that views the federal government as an entity that is going to, quote unquote, basically take away all of the rights and privileges that they enjoy as white people in the United States.

Steve Rendall: And you’re suggesting that the election of Barack Obama, a black Democrat or biracial Democrat, is the trigger here.

SH: Absolutely. Let’s look at the symbolism that was most trumpeted when the Tea Party broke onto the scene: the birther symbolism, the terrorist symbolism, the xenophobic critique and propaganda that surrounded Barack Obama’s election and his platform. So we can’t disassociate that kind of iconography from this critique of government spending, critique of healthcare, critique of, again, this whole dynamic of social welfare. They’re all interrelated, and mainstream and to a certain extent, yes, liberal media have not delved into the deep, institutionalized, racist roots of this particular uprising.

Janine Jackson: The Tea Party went on meaning whatever reporters wanted it to mean on a given day. And in the fall of 2010, we revisited that problem with Jodi Jacobson of Rewire.News. 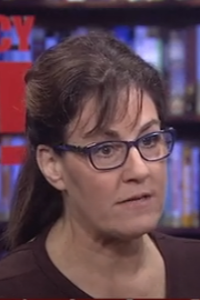 Jodi Jacobson: “Media have been slow to recognize the degree to which the Tea Party represents perhaps the furthest right of the Republican Party.”

Jodi Jacobson: I think that the media have been slow to recognize the degree to which the Tea Party represents perhaps the furthest right of the Republican Party. I think there are two kinds of people, probably, who make up the Tea Party, if I’m speaking very generically; obviously, there are lots of people in the Tea Party. One is people who are disaffected, and don’t necessarily have a solution to their disaffection, but see a way to vent their anger through Tea Party politics. And the second, and research has just come out showing this, the other half are very conservative, Christian-right people, who are responding to those candidates affiliated with the Tea Party who hold very conservative, Christian-right social views, like the Christine O’Donnells and the Sharron Angles.

And the media have been really poor in recognizing this. Just last night, as a matter of fact, Time’s Swampland put out a piece once again saying that the Tea Party doesn’t really want to deal with the social issues. And I’m really perplexed by that, since every single one of their candidates has extraordinarily far-right positions on social issues, and has no compunction about articulating them verbally and elsewhere.

Janine Jackson: And yet, we have something like the October 7 New York Times, which tells us:

Republicans have won points with many voters by promising a conservative overhaul of taxes and spending, but Democrats are working hard in the closing weeks of the campaign to convince voters that a conservative social agenda is waiting in the wings, too, should Republicans be elected in large numbers.

It’s almost as though it’s a sleazy trick of Democrats to direct attention away from where Republicans want it on these issues. You know, the Republicans, like the Tea Party writ smaller, are saying, oh no, we’re just about fiscal issues, and it’s as though reporters say we should take them at their word, and it’s wrong to do anything else.

So I think it’s really very evident in the way they’re closing themselves off from the media, refusing to do media interviews with anyone who might challenge them on anything. That, to me, is the sign of someone that can’t articulate their positions in a way that’s meaningful and can be understood, whether or not you agree or disagree with them. And when they have come out from under those covers, they have these wild statements that even they then have to walk back, like Sharron Angle and Rand Paul did.

But you know, we’ve already seen at the state level—particularly, again, with women’s rights, efforts to create personhood for fertilized eggs, ban contraception, make it harder to get a divorce, denialism of domestic violence—these are all things that come out of this movement of a very fundamentalist libertarian economic streak with a very fundamentalist religious, personal streak. And I think it’s a dangerous combination.

Janine Jackson: The recent New York Times revision gave no hint of the Tea Party’s corporate backing, though that was hardly a secret. In 2013, CounterSpin’s Peter Hart talked with author Rick Perlstein about the consequences of miscasting the group.

Rick Perlstein: I don’t think that we can possibly fight them if we don’t understand the history. And the history is that there’s been a very passionate reactionary contingent within American politics, basically going back way before any of us were born. Don’t forget that in The Conscience of a Conservative, Barry Goldwater—this was 1960—said, “My aim is not to pass laws, but to repeal them.”

The big difference now is that this reactionary minority within the country has really been empowered by the shifting campaign finance laws, by very aggressive partisan gerrymandering, and by some incredibly sophisticated organizing by right-wing ideological entrepreneurs, which has been a very strong evolution over the past few decades.

Peter Hart: There is a conversation that goes on in the media, and, I think, among some liberal commentators as well, that puts too much emphasis on thinking about the Republican Party and the conservative movement as having these disparate wings that are constantly fighting. Where do you think that point of view goes wrong? 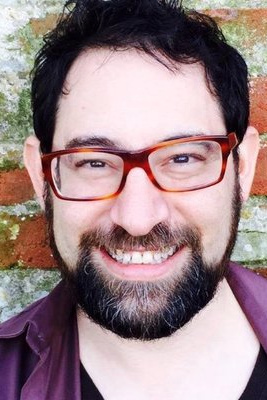 Rick Perlstein: “Business folks love the idea of a tractable population that sees their salvation in a church instead of in politics.”

The fact of the matter is business folks love the idea of a tractable population that sees their salvation in a church instead of in politics, and they also love the idea of liberal morality being blamed for individuals’ problems instead of the economy. And as far as other religious folks, well, a lot of them are capitalists in the first place, and so they kind of think like big businessmen.

PH: Do you think that–you know, it’s impossible to make any predictions right now about where this goes, but reading your Nation piece, and then the blog posts that came after it, I did get the sense that you were feeling that maybe it’s not that this is going to lead to a divorce between these two powers, the money people/big business and the Tea Party conservatives, but more of a rocky marriage or a lover’s quarrel, I guess.

RP: Yeah, I call it a lovers’ quarrel. Yeah, that’s the metaphor I would use. The thing that could turn it into a divorce is on our side of the aisle. If an aggressive agenda of economic populism starts coming from Washington, say an Elizabeth Warren-style agenda, that will really exacerbate the cracks and fissures and wedges within the conservative coalition—because the very people who are most vulnerable to an appeal from the cultural conservatives, if they start seeing their interests aligned against their bosses, then it’s very hard to make that appeal at the grassroots. So the ball’s in our court. If you wish to see a divorce, if you wish to see a fissure in the Republican Party that makes their strategic coalition harder to govern, make it so.

Janine Jackson: That was Rick Perlstein; before that we heard Jodi Jacobson and Sikivu Hutchinson.

Those coming late to the New York Times story will find a note:

We have updated this story assessing the policy failures of the Tea Party movement 10 years after its rise to include context about attacks on President Barack Obama and racist displays at some Tea Party rallies.

If history is guide, prettying up racism, misogyny and homophobia as most importantly fiscal conservativism is a “mistake” the paper will make again.

Dissing DuVernay and the Lessons of Selma