November 15, 2015
Change text size: [ A+ ] / [ A- ]
Email this page
Posted in: Europe, France, Syria, Middle East | Comments: 2
So ISIS has claimed the attacks as a response to France bombing the ‘caliphate’ in the Middle East. That Hollande/Valls are warmongers is beyond dispute . Ironically they were preparing to topple the Assad regime (till Washington insisted on a delay) which would have made them ISIS allies in the region. In fact the bulk of the opposition in Syria regard Assad as the primary contradiction and were also hoping the West would deliver another regime change. Had they done so a new civil war would have erupted between rival jihadi groups and who knows which of them the US/EU would have supported.

ISIS has hit the French capital and killed over a hundred citizens with double that number injured. I know the West does the same and, in fact, kills tens of thousands, but this clash of fundamentalisms leads nowhere. The West is NOT morally superior to the jihadis. Why is a public execution with a sword worse than an indiscriminate drone attack? Neither can nor should be supported. 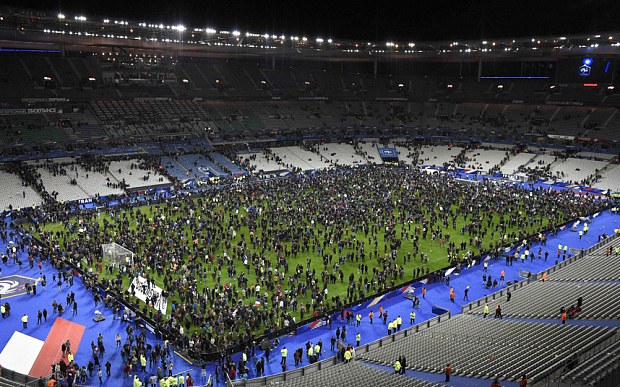 The point has often been made that both al Qaeda and ISIS are the result of imperial wars in Afghanistan and Iraq and this is undoubtedly the case, but its not enough. The suicide of secular nationalism and the impotence of the tiny progressive groups as a result of both local repression and decline in mass support has to be taken into account. This process has pushed the Saudi regime to the fore and both al-Qaida and ISIS are under the strong influence of Wahhabiism which is a tiny minority within Sunni Islam.

There are three important pre-requisites to re-stabilising the region:
end of Western support to the extended Saudi royal family; end of all Western intervention in the region; a single Israeli/Palestinian state with equal rights for all its citizens. As long as this doesn’t happen, political freaks and monsters will continue to proliferate.

Nothing justifies the killing of innocents in Paris or in any city of the Arab East.

A World in Revolt Against Neoliberalism & Corruption

“In Defense of Julian Assange”

Kashmir on the Edge of the Abyss

Notes on the Indian Election

Julian Assange Outside the Gate of Hell

Joker Rules: the Crackdown on Press Freedom in Turkey