Mother Jones Is Failing Its Namesake

Kevin Drum, a political columnist for Mother Jones, wrote in a blog post (6/26/19) last month that he did not understand why workers do not want their employer to work with the government agencies carrying out President Donald Trump’s brutal immigration policies, particularly Immigration and Customs Enforcement (ICE) and Customs and Border Protection (CBP). When workers at home goods website Wayfair staged a walkout because their company was supplying bunk beds  and mattresses for a child detention camp in Texas, Drum could not fathom their insubordination.

“This is a genuine question, not snark,” Drum wrote. He continued:

They want Wayfair to stop sales to ICE or CBP or any other agency involved with keeping kids in cages…. But isn’t our whole complaint that these kids are being treated badly? Shouldn’t we want companies to sell the government toothpaste and soap and beds and so forth? What am I missing here?

What Drum is missing, and in a just slightly better world could have realized with moment of thinking, is that there is no reason whatsoever for children to be detained. The dismal conditions are part of the cruelty, but the existence of a place to sleep in a prison certainly does not negate the evil of its condition. Even detainees at Guantánamo Bay get beds. 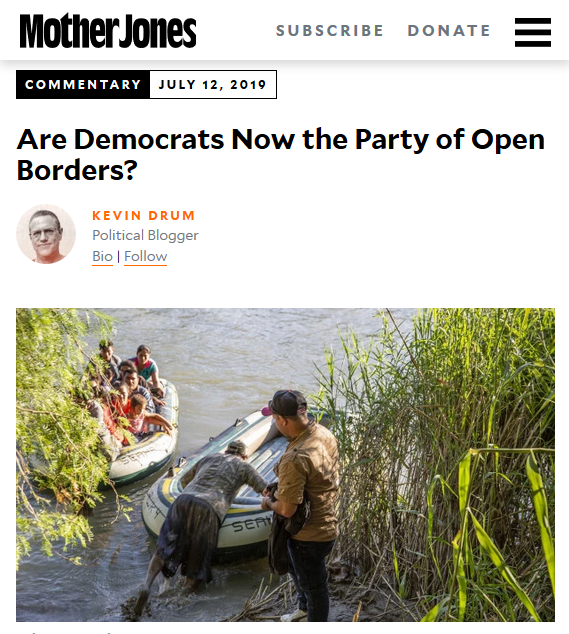 Kevin Drum (Mother Jones, 7/12/19) worries that under Elizabeth Warren’s immigration plan, “no one will ever be deported.”

This month, Drum further revealed his disdain for immigrants in a piece, “Are Democrats Now the Party of Open Borders?” (7/12/19), criticizing Massachusetts senator and Democratic presidential hopeful Elizabeth Warren’s border plan. Once again, he asked, “Am I missing something here?” And then:

Does Warren’s plan explicitly make it vanishingly unlikely that anyone crossing our border will ever be caught and sent back?

At In These Times (3/21/19), immigration attorney and Current Affairs editor Brianna Rennix explained that the right uses the idea of open borders as a rhetorical tool:

In recent months, Trump and other Republicans have begun to wield “open borders” as a cudgel against Democrats, despite the fact that few (if any) Democrats advocate it. The Right is well aware that for most of the public, “open borders” triggers a xenophobic fear of invasion.

Immigration restrictions have devastating human consequences that significantly overshadow the few, highly questionable benefits, and that we should aim to do away with as much of our immigration enforcement system as possible and in no way expand it.

Much of Drum’s writing about immigration is focused on a concern about stopping so-called “illegal immigration,” a cruel, fascistic expression. He wrote of Warren’s plan:

Just like there should be no need for beds in child prisons because there should be no child prisons, there is no need for a wall or criminalizing migration. In a cruel and violent world, full of exponentially increasing climate change, natural disasters, food shortages and wars, people cross borders in search of a place where they have a sliver of a chance to survive. That determination for life should be celebrated, not criminalized. Drum has an attitude toward immigrants that is xenophobic and deeply embarrassing for Mother Jones.

Last year, Drum (5/24/18) explained that he viewed his position on immigration as toward the middle, although in fact it sounds like Trump’s rhetoric of “go back where you came from”:

I just want people to know that there’s a fairly reasonable way to apply for legal entrance, but if you’re in the country illegally you’ll eventually end up back where you came from. That’s all.

Legal entry happens through an extremely arduous bureaucratic system designed to take as much time as possible. It isn’t reasonable. People cannot return to where they came from due to a whole array of safety risks, including but not limited to violence stoked by the US, nor should they have to.

Since Drum is so fond of rhetorical questions, allow me to now ask: Why does Drum feel the need to expel people who are in the US? Does he fear a smarter blogger out there  somewhere will take his job? Does he not realize how many criminals and rapists are American citizens? 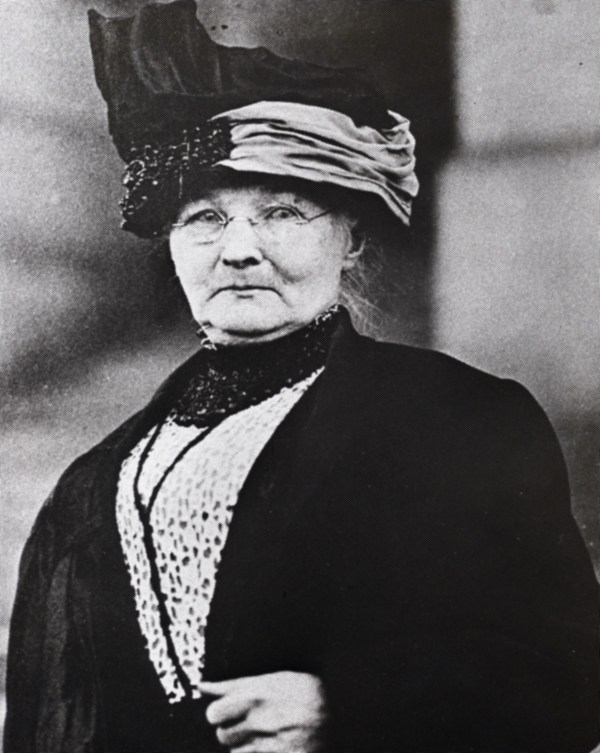 The legacy of Mary Harris “Mother” Jones, the radical labor organizer who famously said to “pray for the dead and fight like hell for the living,” has long been let down by the magazine named for her, but Drum’s latest columns are a substantial deterioration. Jones was herself a child refugee. She fled famine in Cork, Ireland, for Toronto, Canada, with her family in the 1840s.

Jones organized for the rights of child workers in 1903. According to her autobiography, she traveled to Pennsylvania, where 75,000 textile workers were on strike, 10,000 of whom were children. She led a group of children to march from Philadelphia to New York City to end child labor.

In her autobiography, she describes speaking about children who had been injured at work to a crowd in Philadelphia:

I put the little boys with their fingers off and hands crushed and maimed on a platform. I held up their mutilated hands and showed them to the crowd and made the statement that Philadelphia’s mansions were built on the broken bones, the quivering hearts and drooping heads of these children. That their little lives went out to make wealth for others. That neither state or city officials paid any attention to these wrongs.

During a presentation at Coney Island, Jones put children in cages to dramatize their working conditions. She later described daily life for child mill workers in Cottondale, Alabama:

At 5:30 in the morning, long lines of little grey children came out of the early dawn into the factory, into the maddening noise, into the lint-filled rooms…. At the lunch half-hour, children would fall to sleep over their lunch of cornbread and fat pork. They would lie on the bare floor and sleep. Sleep was their recreation, their release, as play is to the free children. The boss would come along and shake them awake…. I often went home with the little ones after the day’s work was done or the night shift went off duty. They were too tired to eat. With their clothes on, they dropped on the bed…to sleep, to sleep…the one happiness these children know.

Mother Jones worked to stop cruelty toward children. Kevin Drum, Mother Jones writer, criticizes workers who protest the practice of child detention. In the factories, and in the concentration camps, children deserve to experience more from life than only suffering and a place to sleep.